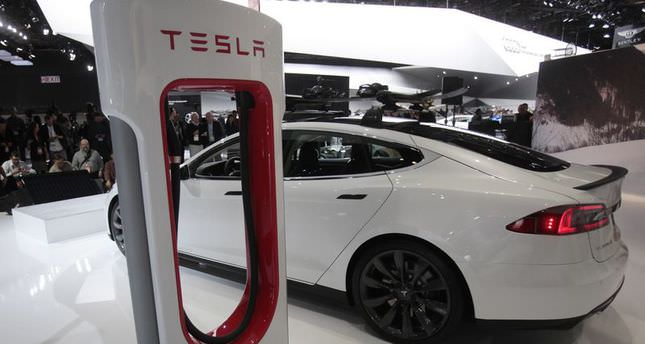 by Sep 06, 2014 12:00 am
U.S. electric automaker Tesla Motors is to build the world's largest lithium-ion battery plant in Nevada, the state's governor announced Thursday, unveiling plans for the $5 billion "Gigafactory."

The plant, plans for which were announced in July with Japanese electronics giant Panasonic, will bring nearly $100 billion (TL 216 billion) into Nevada's economy over the next 20 years, he said. It will employ 6,500 workers directly and another 16,000 indirectly, and add some four percent to Nevada's Gross Domestic Product, Governor Brian Sandoval announced, in what he called a "historic day" for the western U.S. state. The state has pledged a tax incentive package worth some $1.25 billion over 20 years, according to the local Reno Gazette-Journal newspaper.