Erdoğan: Turkey in talks with France over missile purchase 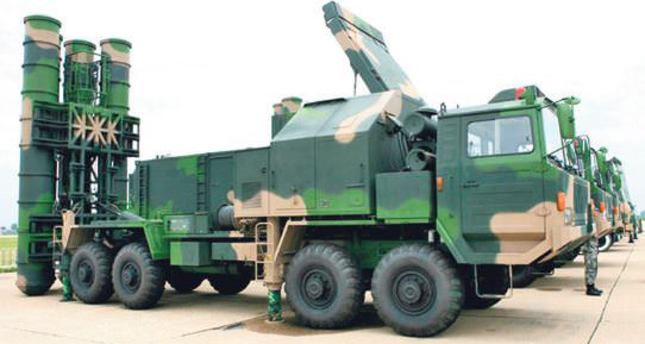 by Daily Sabah Sep 07, 2014 12:00 am
Turkey has resumed talks with France on purchasing a new missile system after negotiations on a controversial deal with a U.S.-blacklisted Chinese company hit a snag, the Turkish president was reported Sunday as saying. "Some disagreements have emerged with China on the issues of joint production and technology transfer during negotiations over the system," President Recep Tayyip Erdogan told reporters as he returned from the NATO summit in Wales, according to the private television channel NTV. "Talks are continuing despite that, but France which is second on the list has come up with a new offer.Right now we are holding ongoing talks with France," he said.

"Here joint production is important to us." Erdoğan said. Last September, Turkey reached a deal with China Precision Machinery Export-
Import Corporation (CPMIEC) for its first long-range anti-missile system, but the contract has sparked concerns among NATO members. Turkish officials had since said the deal with China was not finalized and that Ankara was open to new offers from other bidders.

CPMIEC beat competition from a U.S. partnership of Raytheon and Lockheed Martin, Russia's Rosoboronexport, and Italian-French consortium Eurosam for the deal, estimated at $4 billion (TL 8.64 billion). The Chinese group, which makes the HQ-9 missile system, is under U.S. sanctions for selling arms and missile technology to Iran and Syria. The Turkish move also irritated its allies in NATO, which has said missile systems within the transatlantic military alliance must be compatible with each other.

The Defense Industry Undersecretariat announced on Aug. 26 that the tender process for the Long-Range Missile Defense System Project, one of the biggest projects of the defense industry, which Chinese, American and Italian-French companies have entered, has been postponed for the third time to Dec. 31.

According to information compiled by an Anadolu Agency (AA) correspondent, the project carried out in order to ensure air defense at low/middle/high altitudes and at long-ranges, was initiated with the decision of Defense Industry Executive Board (SSİK) presided by the then Prime Minister Erdoğan.

While progress was made with the Chinese firm in terms of technology transfer when compared to other firms, according to sources close to the Defense Industry Undersecretariat, Turkey used this progress to trump in negotiations with the two other western firms.

According to information recently leaked to the press, a discount of $300 million (TL 650.38 million) and more technology transfer was requested from the French-Italian joint venture. Again, the sources noted that it is most likely that a Western firm will win the tender.