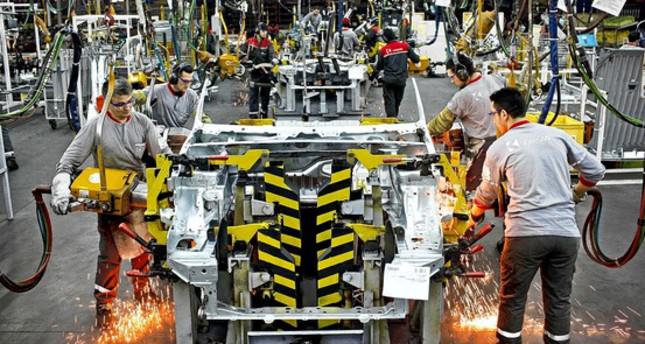 by AA Sep 07, 2014 12:00 am
Turkish economists say the country's economy grew by 2.8 percent in the second quarter of 2014, according to 25 specialists in Anadolu Agency's (AA) 'Growth Expectation Survey' released on Friday. The highest economic growth percentage predicted among the economists for Q2 2014 was 4.1 percent while the lowest was two percent.