US official: Turkey to be part of trade deal between US, EU 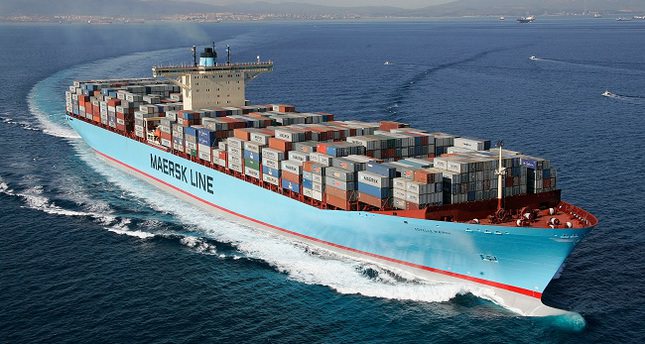 Turkey is likely to participate in a prospective trade deal to be signed between the EU and U.S. that enables parties to improve their trade volume

U.S Undersecretary for Economic Growth, Energy Catherine Novelli noted that there are efforts to increase trade and investment with Turkey and in order to achieve this objective, U.S. Secretary of Commerce Penny Pritzker will visit Turkey, accompanied by 12 CEOs, Turkish daily Dünya reported yesterday.

Novelli also noted that the U.S. and EU are working on including Turkey in the Trans-Atlantic Trade and Investment Partnership Agreement (TTIP) to be signed between the two parties. Turkey desires inclusion in the TTIP, with most experts believing its exclusion will be a major challenge.

Noting hat the works on TTIP indicate the importance the U.S. places on Turkey, Novelli said, "The dialogue and the committee we have established with Turkey is very special because we have never had any meetings with a country that is not a party to the trade agreement. This is due to our special cooperation and bond with Turkey."

Speaking to daily Dünya, Novelli also noted that they are trying to ensure that companies can co-invest and added, "We are working on how Turkish firms can have a bigger place in the data chain. We are also working on creating the most suitable environment that will enable cooperation between Turkish and American companies."

A special and top-tier committee has been established in this respect, which includes American Trade Representative Michael Froman and the Minister of Economy Nihat Zeybekci. The main target of the committee is to inform both countries in progress in TTIP process. "I would like to underline that the committee we have established with Turkey is very unique and we have never been in a dialogue with any country that is not a party to trade agreements.

This is because we value Turkey and know its importance," said Novelli.

Reportedly, she further added that the geography Turkey is in is a very tough one and despite the recent negative developments; the strong stance of Turkey shows that as long as Turkey continues its structural reforms, it has a high potential.

Turkish Minister of Economy Nihat Zeybekçi has made numerous statements on the matter. Speaking at a press conference held at the Economy Ministry on June 10, Zeybekçi stated that Turkey would view any free trade agreement excluding Turkey as untenable.

Zeybekçi noted that the EU is about to undersign FTAs with more than 20 counties and added, "What is more important is the FTA agreement the EU will sign with the U.S., which is not a simple FTA, but a complete economic and political integration process. If this agreement is put into effect, it would change the whole economic map of the world." The minister added that Turkey has borne the brunt of negative impacts of other customs unions, but it would not be able tolerate the effects of the TTIP agreement between the EU and U.S. unless it is included, since it will also mean the end of the customs union.

According to the Customs Union Agreement between the EU and Turkey, which was signed in 1995, any country that signed a trade agreement with the EU obtains the right of free entrance to the Turkish market with the same privileges of EU counties. In response to this, Turkey cannot make use of the same facility in exporting goods to the third party countries If Turkey expects its participation in the TTIP to fail, Turkey is set to sign a free trade agreement with the U.S aiming to annihilate the negative effects of the TTIP on the Turkish economy. According to sources from the Minister of Economy, Turkey's request for a tripartite (Turkey, EU and U.S.) technical meeting has been replied to in the affirmative by U.S. authorities and the three parties are scheduled to come together in Brussels or Istanbul in September.

In an interview by Turkish newspaper Sabah on Aug. 14, Zeybekçi talked about the particulars of the free trade talks with the U.S. and said, "Countries that constitute 50 percent of world trade have come together and redrawn the global economic map. With the TTIP, the U.S. and the EU have formed a big economic zone. We do not have the chance of being excluded from this map in an atmosphere swept by rapid changes. The point I constantly stressed during the talks was our request to receive a clear answer from them regarding whether we are included in the TTIP or not. If the talks are still continuing today, then we are not omitted and have not lost our position. Our bilateral talks with the EU are ongoing. All the conditions we stipulated are noted in the texts. If they do not accept these, it will create a big impact. Lastly, we requested a tripartite technical meeting with the U.S. and the EU. We will hold it in Brussels or Istanbul in September."

The Trans-Atlantic Trade and Investment Partnership (TTIP), also known as the Trans-Atlantic Free Trade Area (TAFTA), is a longdiscussed prospective free trade agreement between the United States and the European Union which aims to boost multilateral economic growth however, opponents claim it would bring regulation burdens upon the governments.