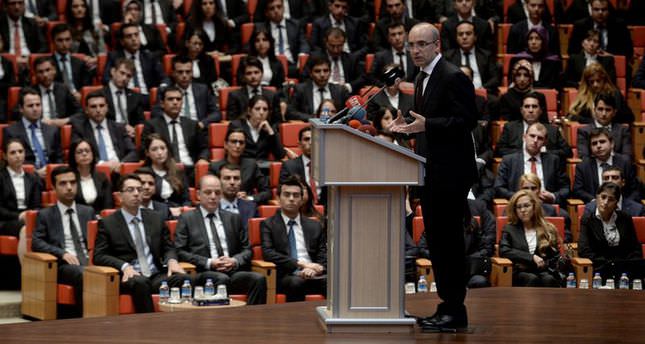 by AA Sep 09, 2014 12:00 am
The self-proclaimed Islamic State of Iraq and al-Sham's (ISIS) presence in Iraq has caused Istanbul-based companies working with, or in, Iraq to suffer from a significant drop in business.

"We have been affected so much by the turmoil in the Middle East, especially the Iraqi crisis. Our sales have come to a standstill. There has been a 90 percent decrease in sales," says Davut Burkay, 34, who runs a textile company in the busy Beyazit district of Istanbul.

"We had to lay off 20 of the 30 employees in my company," he added. "Now, we have difficulty in paying the remaining personnel's salaries."
ISIS militants captured the country's second largest city of Mosul on June 10 and soon afterwards took control of a number of other key cities and towns in northwestern Iraq, including Tikrit, Tal Afar, Fallujah and Baiji.

Since June, sectarian violence between Sunni and Shiite Muslims has risen.

In recent years, Turkish exports to Iraq stand at $12 billion (TL 26.21 billion) annually, making it Turkey's second-biggest export market after Germany. According to the Turkish Exporters Assembly, exports to Iraq fell by 21 percent in June, 46 per cent in July and 27 percent in August.
This does not only concern the textile sector, but also construction, food and transportation.

Emin Taha, the general manager of Istanbul-based import-export Taha Cargo and Foreign Trade company says, "We were sending 2,500 trucks [carrying all kinds of goods] to Iraq by June 9. After ISIS's actions, we could only send 700 trucks into the country for two months. Then, we found an alternative road over Jalawla, in the northeast of Baghdad, to send the goods. Thanks to this road, we are able to send 1,200 trucks a month right now, but the cost of each truck has increased by $3,000."

"Our goods used to arrive in Iraq in five or six days before the conflicts. It now takes 10 or 11 days because our alternative road is … longer than the previous ones," adds Taha, who is also deputy chairman of the Turkish-Iraqi Business Council.

However, he remains hopeful that Turkish business with Iraq will pick up again.

"When ISIS leaves Iraq, Turkish exports will increase by 50 percent from exports [before the crisis]. There has been big damage in the region: many buildings have … collapsed. There will be a need for construction soon."

U.S. media have, however, recently reported that the conflict with ISIS could take years, according to senior administration officials in Washington.

The tourism sector in Turkey has also been badly affected by the incidents in Iraq.

"Almost no Iraqi people are coming to our hotel right now," says Tevfik Ates, sales manager at a hotel in Aksaray district of Istanbul. He says that, lately, flights to Turkey have decreased while ticket prices have increased.

Salar al-Hamid, 44, a tour operator for an Irbil-based company, also noticed a significant decrease in sales. "There has been a drop of over 70 percent in our sales. We sent 125 groups to Turkey for vacation last year. This year, there are around 35 groups.

"The crisis came as the holiday season began. People have been demoralized. Some flights have been cancelled," al-Hamid added.

During a conference in Ankara on June 17, Mehmet Simşek, the Turkish finance minister said that Iraq's ongoing conflict with ISIS poses a risk for Turkey's current account deficit. He described the situation as "an external shock."

On June 30, ratings agency Moody's cautioned Turkey that the crisis triggered by ISIS might pose a risk to Turkey's economy regarding its current account deficit, growth and inflation.