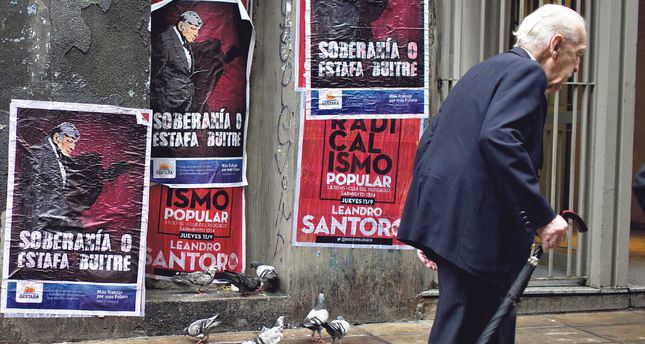 Argentina's will pass a measure aimed at side-stepping a U.S. court order that blocked the country from paying back debt tied up in a feud with hedge funds

The lower house will vote on legislation approved by the Senate last week that would move the repayment location from New York to either Buenos Aires or Paris. It is the latest move by President Cristina Kirchner's administration in a legal tussle with holdout creditors that have refused to join a restructuring deal following Argentina's 2001 default on $100 billion in debts.

Under the deal, 93 percent of the country's creditors have accepted a cut of 70 percent of the face value of their Argentine holds. But two foreign hedge funds, NML Capital of U.S. billionaire Paul Singer and U.S.-based Aurelius Capital Management, have refused to accept the write-down on $1.3 billion owed to them and won a court battle that led to a new Argentine default.

A New York judge, Thomas Griesa, has ordered Argentina to pay the funds in full and prevented the country from repaying its other creditors until it fulfills the requirement.

To pressure the government, Griesa has frozen $539 million that Buenos Aires deposited at the Bank of New York Mellon (BoNY) to pay the bond holders that accepted debt restructuring deals in 2005 and 2010. Argentina was declared in selective default by international credit rating firms after the grace period on the $539 million in interest payments expired on July 30.

The judge says the legislation to move the repayment site outside the U.S. is illegal. The hedge funds have warned that they would take new legal action, against the legislation, in the U.S. "The bill is a responsible search for alternatives for Argentina to continue complying with its creditors in the face of an insignificant minority that's looking for incredible profits," ruling party deputy Carlos Heller said. The opposition voted against the legislation in the Senate and is expected to do the same in the chamber of deputies. "The fight with the holdouts will be tremendously negative for the country's future," said deputy Alfonso Prat Gay, member of a social democratic alliance.

Argentina faces a new debt deadline on September 30, when it will owe $200 million to creditors. The government wants to deposit the funds in an Argentina central bank trust or in an account in a Paris-based financial institution. A third option under the legislation would open the possibility for a bond holder to propose an alternative mechanism to collect the debt.

Investors who back the legislation include Mexican magnate David Martinez Guzman, owner of the investment fund Fintech Advisory, who holds almost $1 billion worth of Argentine bonds. Tulio Zembo, who represents 450,000 small Italian investors, also backs the alternative. But some companies are not legally allowed to accept repayment sites outside New York. Griesa warned of sanctions against firms that help Argentina circumvent his order.