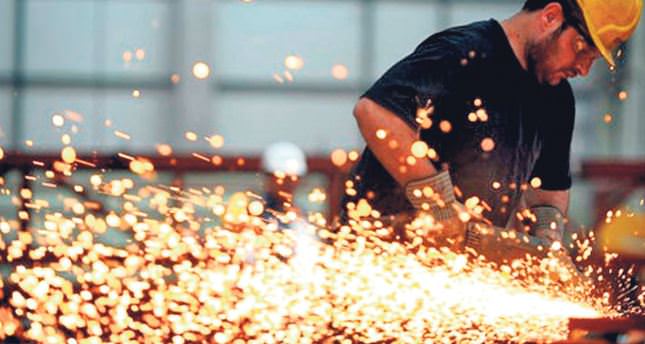 The Turkish economy grew by 2.1 percent, lower than expected, in the second quarter due to declining domestic demand and slowing exports to neighboring countries

Turkey's economy grew less than expected in the second quarter, sending the lira to its lowest in more than five months and prompting the finance minister to warn that the 4 percent full-year growth target may be missed. Mehmet Simsek said, drought, which has hit agricultural output, as well as economic weakness in European export markets and wars in Ukraine and Iraq heightened the risk of growth remaining below target in 2014 as a whole. "Turkey's growth has lost some momentum in the second quarter of 2014 due to monetary tightening, the delayed impact of the macro prudential measures, slowing EU economies and geopolitical tensions," Simsek said in an emailed statement.

Gross domestic product (GDP) grew 2.1 percent year-on-year in the second quarter, according to data published on Wednesday by Turkey's statistics institute, missing the average forecast of 2.65 percent growth in a Reuter's poll. "Turkey has seen the biggest credit-to-
GDP growth in all (emerging markets) but clearly the feed-through to economic growth is extremely limited and investment growth is actually continuing to recede as a share of GDP," UBS strategist, Manik Narain, said. Output grew 2.4 percent from the previous quarter on a calendar-adjusted basis, the data showed. The statistics institute revised its first quarter GDP growth figure to 4.7 percent year-on-year from an initial 4.3 percent.

Odeabank market strategist Erkan Dernek said the data put the economy on track for growth of about 3.2 percent for the year. "As the currency depreciates, we are heading to a period that we had observed last year, in which inflation will stay relatively high and growth will slow down with tight financial conditions," he said.

Inflation peaked in May, but earlier this month Deputy Prime Minister Ali Babacan conceded it may still go above the central bank's forecast of 7.6 percent for the year.

Turkey will slightly lower its estimate of achieving 4 percent economic growth by the end of the year following the release of weaker- than-expected second quarter growth figures, the Development Minister of Turkey, Cevdet Yılmaz, has said.

Speaking in an interview broadcasted by a private TV channel on Wednesday, Yılmaz said that the 2.1 percent second quarter growth rate reported by TurkStat was lower than that envisaged in Turkey's medium-term economic plan, but pointed out that first quarter [annualized] growth figures had been upgraded to 4.7 percent from 4.3 percent in light of the latest economic calculations. Yılmaz said: "When we think about both figures, the upgraded first quarter growth and the recent second quarter growth, our performance is not far from estimates for the first half of the year. "In the new medium-term economic plan, we probably have a year-end growth target of between 3 and 4 percent."

Emphasizing the importance of stable growth performance during a time in which global demand was limited and geopolitical strains occupied the government agenda, Yılmaz predicted Turkey would continue growing economically in the second half of the year. According to a report posted by Ankara-based think tank Foundation for Political, Economy and Social Researches, not only domestic but also international political and economic developments affected Turkey's growth in the second quarter. The report also warned that Turkey may miss its mid-term economic targets due to the slowing pace. "Turkey should closely observe trends in international markets and should conduct its economic policies in accordance with drifts in the EU and U.S."

Speaking on the matter, Mehmet Büyükeksi, chairman of Turkish Exporters Assembly stated that total exports in the second quarter have become the driving force behind growth. "In the second quarter Turkey's exports increased by 5.5 percent while imports decreased by 4.6 percent. Those figures show that exports played a great role in growth. Exporters believe that Turkey will grow by 4 percent by the end of the year," he said.

Even though Turkey's growth was lower than expected its pace still outdoes European countries. According to statistics released by EuroStat, the eurozone has grown by 0.7 percent in the second quarter of the year.