US embargo cost Cuba over $100 billion 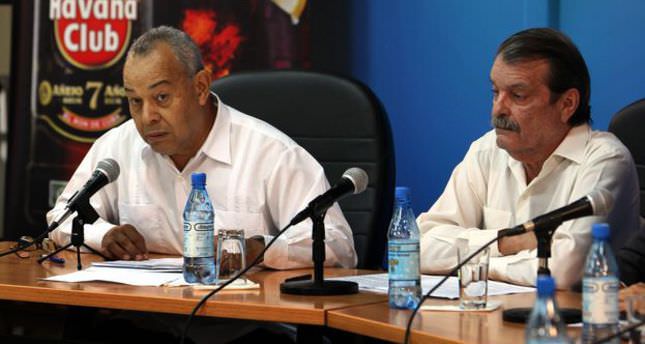 by Daily Sabah with Agencies Sep 10, 2014 12:00 am
Communist Cuba on Tuesday accused the U.S.'s economic embargo on Havana of costing it $116 billion (TL 256 billion) in economic losses over five decades. "Through March (2014), the economic cost to the Cuban people of the U.S. blockade has been $116.8 billion," said Deputy Foreign Minister Abelardo Moreno. The Americas' only Communist nation plans to introduce a resolution at the U.N. General Assembly this month seeking an end to the comprehensive U.S. sanctions, Moreno said. That body has approved similar non-binding condemnations in the past. The U.S. has had a full economic sanctions regime clamped on Havana since 1963. Adem Arıcı, a Turkish businessman in New York was punished for defying the U.S. trade embargo with Cuba in 2011. Arıcı was charged for defying the Trading with the Enemy Act (TWEA). Gourmet grocery kingpin Adem Arıcı, co-founder of Amish Market and Zeytuna, was sentenced in Manhattan federal court to five years in December 2013.