Applications for US unemployment rise to 315K 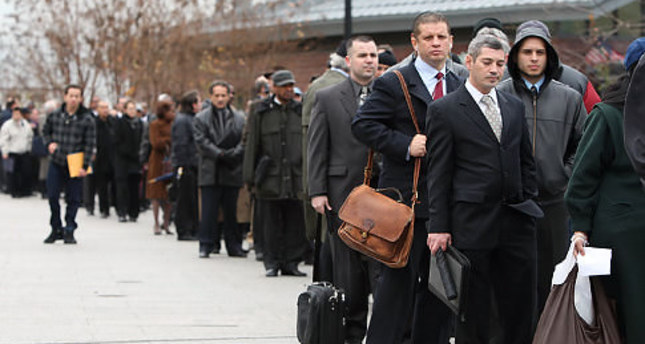 by Associated Press Sep 11, 2014 12:00 am
More people sought U.S. unemployment benefits last week, though the trend in benefit applications in the past month remained low. The Labor Department says that weekly applications for unemployment aid rose 11,000 to a seasonally adjusted 315,000, the most since late June.
Still, the four-week average of applications, a less volatile measure, rose just 750 to 304,000. The average is 7.1 percent lower than it was a year ago.

Applications are a proxy for layoffs. The four-week average fell to an eight-year low of 293,750 last month. Generally, fewer applications indicate employers are holding onto their staffs. The data covers the week ended Sept. 6, which included the Labor Day holiday. Unemployment benefits data can be more volatile around holidays. As a result, the modest increase is unlikely to raise alarms about the health of the job market. "This is nothing to worry about," said Ian Shepherdson, chief economist at Pantheon Macroeconomics. "The seasonal adjustment is tricky in the week of the Labor Day holiday. Next week should see a clear drop."

The last time applications touched 315,000, in late June, employers were adding more than 200,000 jobs a month. Still, the rise in applications comes after employers added just 142,000 jobs in August, the fewest in eight months. The unemployment rate fell to 6.1 percent from 6.2 percent, but only because some of those out of work gave up looking for jobs.