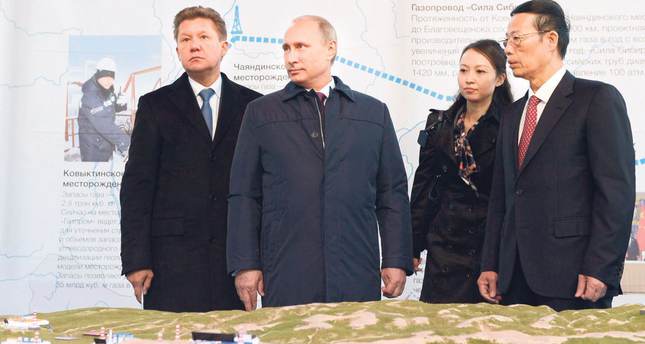 by Sep 11, 2014 12:00 am
China and Russia will build one of the largest ports in northeast Asia on Russia's Sea of Japan coast, reports said, in a further sign of the powerhouses' growing alliance. The seaport is expected to be able to handle some 60 million tons of cargo a year, China's state-run People's Daily Online reported late Wednesday - comparable to Britain's busiest port Immingham or Le Havre in France, according to European Commission statistics. The new facility will be located in far eastern Russia, just 18 kilometres (11 miles) away from the Chinese border. The region is also close to North Korea. Chinese and Russian leaders inked a deal on the port at May's Conference on Interaction and Confidence Building Measures in Asia (CICA) in Shanghai, the report said.

The move represents the latest step by Beijing and Moscow to boost their energy and infrastructure ties. Resourcehungry China is seeking to diversify its sources of energy amid booming domestic consumption, while Russia - at odds with the West over its annexation of Ukraine's Crimea peninsula - is seeking to refocus its gas and oil exports towards Asia. Last week, Russian President Vladimir Putin and Chinese Vice Premier Zhang Gaoli attended the groundbreaking of a gas pipeline that will help Russia supply China under a huge energy deal. After a decade of tough negotiations Chinese and Russian leaders inked a 30-year deal, $400 billion (TL 878.4 billion) agreement in May that will eventually involve 38 billion cubic metres of gas annually. "We are today starting the biggest construction project in the world," Putin said at the ceremony outside the Siberian city of Yakutsk. Zhang said that he hoped the pipeline would be completed within four years.