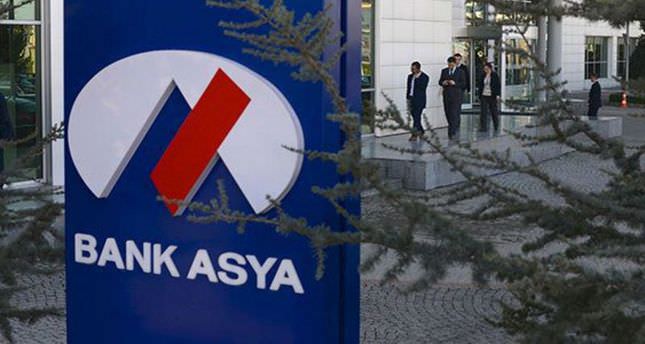 by Daily Sabah Sep 16, 2014 12:00 am
Investors continue to flee Bank Asya shares for the second day in a row, and the total loss of two days realized as 35 percent.

As expected, the bank's shares lost 20.1 percent value on Monday, and loss continues as of the second session on Tuesday with 19.19 percent.

In case of a continuous depreciation in the bank's shares and further deterioration of the bank's balance sheet, experts predict that the Saving Deposit Insurance Fund (BDDK) - the governing body concerned with matters of fund management and insurance in the Turkish banking system - can seize control of the bank to prevent a greater crisis in the Turkish banking sector.

Deputy PM Ali Babacan stated on Tuesday that the BDDK is in charge and will do whatever is necessary without hesitation in accordance with the law.

Experts believe that Bank Asya, which belongs to the shadowy Gülen Movement, used to be governed by prominent figures within the community instead of those qualified in the banking sector.

According to analysts, the bank's unprofessional administration is largely responsible for its current dire situation.

Bank Asya made a statement to Public Disclosure Platform (KAP) on Tuesday regarding the board decision on 225 million TL capital increase to reach a capital stock of 1,125 million TL.
Last Update: Sep 16, 2014 4:27 pm
RELATED TOPICS