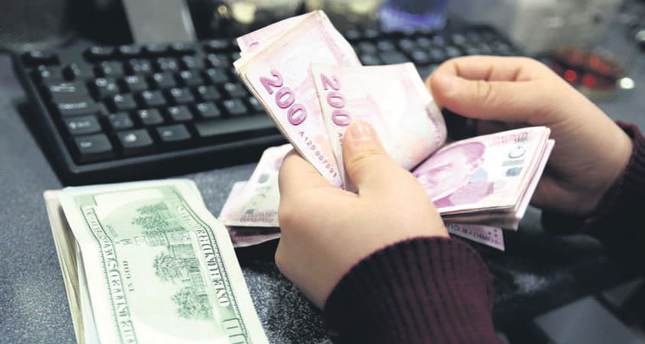 by AA Sep 18, 2014 12:00 am
The governor of Turkey's Central Bank has said Turkish banks have the ability to rollover short-term debts, even if the U.S. Federal Reserve further tightens its monetary policy. Speaking at the Istanbul Finance Summit on Tuesday, Governor of Turkey's Central Bank, Erdem Başçı, stressed that the banking sector in Turkey was strong enough to rollover debts that have a maturity date shorter than one year, and the Central Bank had the means to support them if needed. "Banks and companies have debts in foreign currencies. Can our banks cope up with debts having one-year maturity dates? Yes, they can," Başçı said.

He said the central bank had a "Reserve Options Mechanism" and other tools to support the banks. The mechanism is an unconventional monetary instrument introduced by the Central Bank of Turkey that enables Turkish banks to hold required reserve ratios as foreign exchange or gold reserves, which creates a buffer against external shocks. Başçı added that, even this instrument did not suffice, the bank had a reserve buffer of $10.8 billion, which most economists and credit rating agencies had forgotten could be used to lend to Turkish banks. "Even if banks use all reserves lodged in the Reserve Option Mechanism, we have $10.8 billion that they can borrow from our reserves," he said.

In response to recent criticism, he said the Central Bank's 10 percent interest rate for lending money to banks was too high, pointing out the interest rate had been installed as a safety net to the system as per classic central bank theory. "The Central Bank must have liquidity. It has to be there as an anchor," Başçı said.

Interest rates have been a matter of debate in Turkey for some time since the Central Bank of Turkey insisted on maintaining high interest rates until clear signs of an improvement in the inflation outlook materialized. Government officials, however, blame the bank's high interest rates policy for suppressing growth.

Sponsored by the Turkish Central Bank, Borsa Istanbul and the Secretariat of the Treasury, the Istanbul Finance Summit was first organized in 2010 to contribute to making Istanbul a regional financial hub. It has hosted leading representatives of global financial markets and senior executives from financial institutions from North America, Europe, the Gulf region and East Asia. The theme of the 2014 summit is "innovative finance."Other topics include investment banking, venture capital funds, angel investment, innovative tools and infrastructure financing methods and financial centers. The global communications partner for the second year is the Anadolu Agency.