US calls for eurozone and Japan to do more for growth 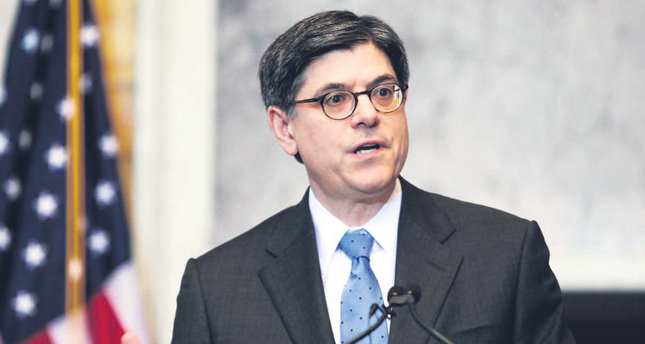 A US official on Friday called on the eurozone and Japan to do more to spur growth as the global economy continues to disappoint, highlighting what is sure to be a bone of contention as G20 ministers gather in Australia

While lauding the strength of the U.S. economy, U.S. Treasury Secretary Jack Lew said more work was needed to achieve faster and more balanced economic growth and to boost demand. "The United States continues to be a source of strength in the global economy," Lew said in remarks with his Australian counterpart Joe Hockey. "But overall, the global economy continues to underperform. This is particularly true in the Euro Area and Japan, while a number of emerging market economies are also slowing," Lew said at the start of a G20 meeting of finance ministers and central bankers in the northern Australian city of Cairns.

His call is likely to get a cool reception from the Europeans. Speaking during a stopover in Hong Kong, German Finance Minister Wolfgang Schauble said his country's economy was robust and that it was important for Europe to stick with the tough path of fiscal reform."We are in the global economy and in Europe in a situation, in which we seem to have too much liquidity and too much public debt," Schauble told reporters. "That means the room to stimulate growth from the demand side and the monetarypolicy side is - with regional differences - small," the German minister said.

Berlin has been under intense pressure to allow the euro zone to ease back on fiscal austerity and to stimulate its economy through more government spending or tax cuts. U.S. and other G20 officials have previously flagged concerns about Europe's tepid economic growth and want Germany to do more to help its neighbours by spending and importing more.

The OECD slashed its growth forecasts for major developed economies on Monday, urging Europe to do more to ward off the risk of deflation. Lew also told Japanese Finance Minister Taro Aso that Tokyo must remain committed to calibrating all three "arrows" of its economic policy to sustain healthy domestic growth, according to a U.S. Treasury official at the meeting.

The comment came amid fears that Prime Minister Shinzo Abe's plan to generate a revival through the three arrows of massive monetary easing, spending and reform looked to be faltering in the face of sluggish consumer demand and poor exports. But Aso contested the view that Japan, like the euro zone, was seen as a potential drag on global growth. "We agreed that with the European economy stagnating, it's extremely important for Japan and the United States to achieve sustainable growth," Aso told reporters after his meeting with Lew.

Bank of Japan Governor Haruhiko Kuroda has vowed to stick with the easing part of the plan as long as necessary, but is under pressure to ease policy yet further. As he arrived at Cairns, Kuroda said he saw no problem with the latest slide in the yen, which hit a six-year trough against the U.S. dollar on Friday, as it reflected growing expectations of higher interest rates in the United States. "What's undesirable is for exchange rates to move in a way that deviates from economic fundamentals. From this perspective, I don't see any major problem with current moves," he said.

European Central Bank officials have been keen to talk down the euro to stave off the risk of deflation. Kuroda's remarks suggest that Japan, too, hopes to reap the benefits from a weak yen, which helps lift exports and pushes up consumer inflation. Financial policymakers of Japan, China and South Korea gathering in Cairns separately held their first trilateral meeting in two years, a move that may lay the grounds to mend Tokyo's strained diplomatic ties with its Asian neighbors.

Along with boosting growth, G20 members are working towards finalising regulations aimed at avoiding a repeat of the global financial crisis. Both Lew and Hockey expressed confidence in achieving breakthroughs on some key issues, including the additional capital requirements for banks
deemed "too big to fail".