End of the party for Latin America economies 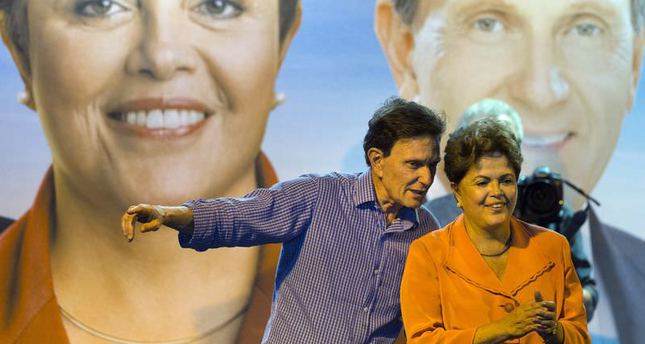 by Sep 21, 2014 12:00 am
Downgrades, defaults, recessions and crises: It looks like the end of the party for Latin America's economies after a so-called "golden decade." But despite the dire headlines and the end of the commodities boom that fueled breakneck growth, parts of the region are performing well, analysts say. Brazil may be in recession, Venezuela hit by debt woes and rampant inflation and Argentina mired in a mix of all three.

But the Pacific Alliance economies - Chile, Colombia, Mexico and Peru - are looking at a respectable 3 percent growth this year and 4 percent next, according to forecasts. And while the region-wide forecast - less than 2 percent GDP growth for 2014 - looks bleak after years of 5 and 6 percent growth, the fact that the boom has not been followed by a generalized bust is good news, experts say. "In the past, whenever there were these situations, the domestic policy frameworks in Latin America used to magnify the problem," said the World Bank's chief economist for the region, Augusto de la Torre. "Latin America in those years (the 1980s and 1990s) was a region that was prone to boom-bust patterns." The key reforms that have rescued part of Latin America from that cycle are macroeconomic, de la Torre told AFP, praising "first-world" central banks and monetary policies that now govern the big economic picture in the Pacific Alliance countries. Juan Ruiz, chief economist for South America at Spanish bank BBVA's research arm, added to that list, citing prudent policy decisions in countries that capitalized on the boom years to build international reserves. "Nowadays, it's hard to talk about Latin America as one region because there's so much heterogeneity," he said. "There are countries that managed the windfalls well and stayed the course in terms of not falling into populist policies and keeping sound macroeconomic management and building up buffers from the good years. And there are countries that didn't."

Among the latter is the region's largest economy, Brazil. During the good times, with the U.S. economic stimulus flooding emerging markets in cash and a ravenous China buying up raw materials, Brazil's economy posted annual growth that averaged 4.5 percent in the five years to 2010, peaking at 7.5 percent.

That expansion, combined with innovative social programs, famously lifted more than 30 million poor Brazilians into the middle class - some of the 75 million Latin Americans who exited poverty over a decade. But Brazil's fall into recession was hard because it spent rather than saved during the boom.

The problem of an overlarge state still plagues many Latin American countries, said Carlos Sabino, an economist at Francisco Marroquin University in Guatemala. "When the situation's good, there's no problem. The state brings in lots of revenues and everything's marvelous. But nobody ever seems to realize that those revenues are going to rise and fall with commodity prices," he told As Latin America looks for the exit from the current period of sluggish growth, trimming unwieldy states may be a key factor in deciding whether it hews closer to the path of the Pacific Alliance countries or regional problem children Argentina and Venezuela. Costa Rica, whose policies have often won praise in the past, got a bit of unwelcome news this week when its credit rating was downgraded the same day as Venezuela's. Moody's lowered the Central American tourism darling's rating a notch to Ba1, saying a growing deficit was damaging its creditworthiness. That could make the country a "canary in the coal mine" for the region, said Susan Kaufman Purcell, the director of the Center for Hemispheric Policy at the University of Miami.