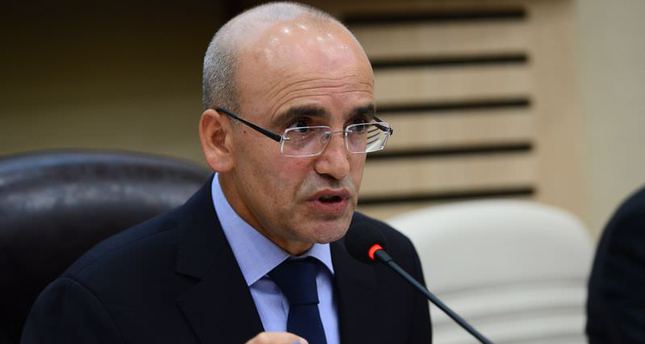 by Daily Sabah Sep 21, 2014 12:00 am
Following decisions made by the government to fight against the current account deficit (CAD), which mostly stems from energy imports, and to increase energy efficiency, the Ministry of Finance is planning to implement new regulations to reduce household electricity consumption via encouraging the use of energy-efficient white goods. The ministry wants to eliminate old, energy-monster white goods, particularly refrigerators, from the market.

Finance Minister Mehmet Şimşek said that they aimed to reduce energy consumption, one of the major causes of CAD, through savings, and in parallel they would provide a Special Consumption Tax (SCT) for energy-efficient white goods. "We are carrying out a study that includes easy installment options for those who insulate their buildings. Within the scope of studies conducted with other relevant ministries and institutions, we are aiming to provide a payment facility for those who are hesitant about expenses that result from building insulation," Şimşek added.

In addition, the ministry, which has been performing studies to prevent environmental pollution for a while, is now developing a tax-incentive model to promote goods with low carbon-dioxide emissions. As he has said many times, Şimşek said once again that CAD, which mostly stems from energy imports, is one of the major problems of Turkey's economy and the government is determined to minimize the foreign dependency in energy. Şimşek continued, "Each ministry is conducting studies in their own realm, task and authority. We are aiming to lower the energy consumption rate to boost energy savings. In Turkey, 23 percent of energy is consumed in housing. Today, almost everyone uses white goods such as refrigerators, dishwashers and washing machines, constituting a major portion of this consumption. Of course, some are energy efficient. Newly manufactured appliances are quite good in energy efficiency.

The main problem arises from outdated goods that are still used in many houses and that consume a vast quantity of electricity. As the government, we are striving to eliminate these kinds of products completely and to promote goods that consume less energy." "Today, refrigerators alone are consuming more than twice the amount of electricity produced from wind. As they are constantly plugged in, their energy consumption corresponds to 7 percent of total electricity consumption in our country. Therefore, we will offer the SCT advantage for high energy-efficient white goods. With an arrangement yet to be made, those who prefer energy-efficient appliances will pay less SCT than others."