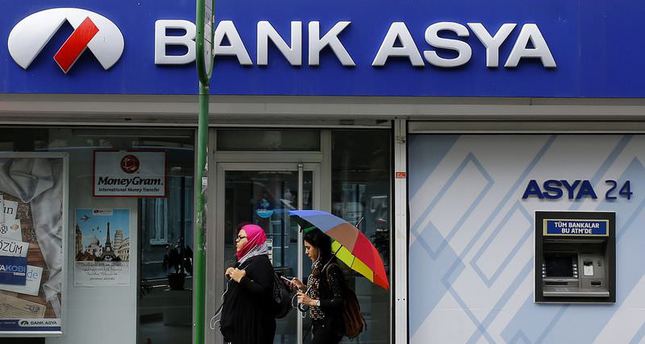 by Daily Sabah Sep 23, 2014 12:00 am
Islamic International Rating Agency (IIRA), which provides credit ratings in predominantly Islamic countries, has lowered the foreign currency international scale and local currency credit rating of Bank Asya to respectively B+ and BB- (previously BB+ and BBB-), in response to the weakened financial profile of the institution.

IIRA has also revised the bank's national scale rating to BB+ from A. IIRA said, "The bank's opportunities to raise fresh capital and to reach liquidity in the market have decreased. It can no longer endure this situation."

The credit rating agency Moody's also adjusted the ratings of the bank downward in a statement released in the last week of August.

Bank Asya has been strongly tied to the controversial Gülen Movement, led by the U.S.-based imam Fethullah Gülen who lives in a self-imposed exile in Pennsylvania.

The bank lost a large fraction of its deposits in the amount of 6 billion TL in the first three quarters of 2014. The bank's net income also declined substantially, with share prices tumbling.