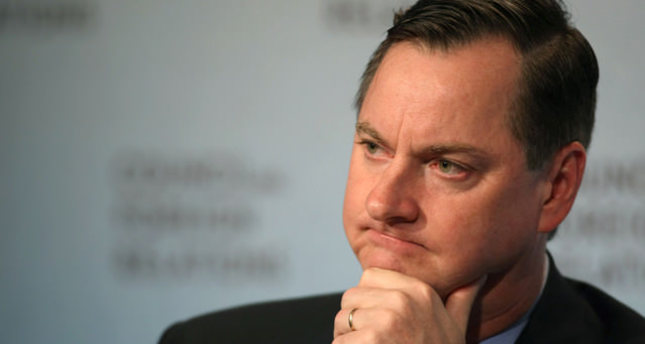 A Federal Reserve policymaker said Wednesday that the bank should be “exceptionally patient” before raising interest rates, even if it means overshooting the Fed’s inflation target for a time

Charles Evans, the president of the Fed's Chicago regional bank, said that despite improvements in the job market, the economy still needs help from the prolonged period of low rates. He cited examples of central banks that have lifted rates too soon and then faced bigger problems in jump-starting economic growth. Evans is one of the Fed's most vocal "doves," officials who believe inflation is a distant threat and that central banks' major goal remains boosting a weak jobs market.

"We should be exceptionally patient in adjusting the stance of U.S. monetary policy even to the point of allowing a modest overshooting of our inflation target to appropriately balance the risks of our policy objectives," Evans said in a speech at the Peterson Institute for International Economics in Washington.

The Fed last week voted 8-2 to keep its key short-term rate at a record low near zero and retained language that it expected it to remain at that level for a "considerable time" after it ends a third round of bond purchases at its next meeting in October. The bond purchases have been aimed at keeping long-term rates low. The two Fed officials who voted against the Fed action, Charles Plosser, president of the Philadelphia Fed, and Richard Fisher, president of the Dallas Fed, both objected to the decision to signal "considerable time" before the first rate increase. Plosser and Fisher are leading hawks, Fed officials who are concerned that low-interest rates could generate unwanted inflation pressures down the road. The view that the "considerable time" language should be dropped received support Wednesday from Loretta Mester, who took over as president of the Fed's Cleveland regional bank in June.

In a speech to a business group in Cleveland, Mester said she would prefer that the "considerable time" language be reformulated because it is now focused on calendar time rather than focusing "on changes in economic conditions." Evans has been a strong supporter of the majority Fed view that weak growth remains a bigger problem than inflation risk. In his speech Wednesday, Evans said while the unemployment rate fell in August to 6.1 percent, a number of other indicators showed that the job market is still not healthy.

He said that history shows that central banks have often moved to tighten credit too quickly and made it more difficult to recover following a deep recession, such as the 2007-2009 downturn. "I believe that the biggest risk we face today is prematurely engineering restrictive monetary conditions," Evans said. He said the Federal Reserve in the 1930s, the Bank of Japan over the past two decades and more recently the European Central Bank have all made mistakes in raising rates prematurely, resulting in setbacks for fledgling recoveries. "I am very uncomfortable with calls to raise our policy rates sooner than later," Evans said. "I favor delaying liftoff until I am more certain that we have sufficient momentum in place toward our policy goals."

The Fed's current target for maximum employment is 4.9 percent to 5.3 percent, and its goal for inflation is to have prices rise at an annual rate of 2 percent. Evans said he would be willing to see inflation rise slightly above the 2 percent target for a limited time given that prices have averaged well below 2 percent for more than six years.