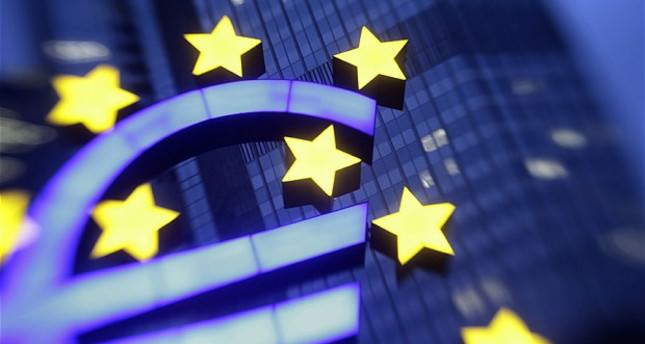 by Associated Press Sep 30, 2014 12:00 am
Expectations that the bank will back such a program similar to the one pursued by the U.S. Federal Reserve in recent years mounted Tuesday after official figures showed consumer prices in the eurozone rose only 0.3 percent in the year to September. The decline from the previous month's 0.4 percent rate leaves inflation at its lowest since October 2009 and way below the ECB's target of just under 2 percent.

Though the fall was largely due to a big 2.4 percent drop in energy prices and was widely anticipated in financial markets, a closer look shows a worrying underlying trend the core inflation rate, which excludes energy, tobacco, alcohol and food, fell to 0.7 percent from 0.9 percent. "This is a serious blow to those still arguing that the weakness of inflation will be temporary," said Jennifer McKeown, senior European economist at Capital Economics. Traders think it's now more likely that the ECB will back large-scale purchases of government bonds with newly created money called quantitative easing, or QE though not at this Thursday's meeting. For now, it is likely to want to see whether other stimulus measures it unveiled in June and in September have an impact.

Following the inflation figures' publication, the euro was down 0.7 percent on the day at $1.2594, the first time it's been below $1.26 since the summer of 2012, when it started recovering in the wake of comments from ECB President Mario Draghi that the bank would do "whatever it takes" to save the euro. Because QE would increase the amount of euros in the economy, expectations of such a stimulus program from the ECB have weighed on the euro. It's down 9 percent against the dollar since May and its further drop on Tuesday suggests traders are preparing for the possibility of QE in coming months.

Some countries, particularly Germany, Europe's powerhouse economy, are worried that QE would amount to ECB financing for governments. Draghi has also been resisting calls for QE by insisting governments should speed up reforms to make their economies grow faster. "I believe he will succumb to this pressure eventually, though perhaps not as soon as Thursday's policy announcement," said Ben Brettell, senior economist at stockbrokers Hargreaves Lansdown. "Stiff opposition from Germany will need to be overcome."

The key will be whether economic indicators improve in coming months if they do not, Draghi has said the ECB is ready to do more to help the economy. The sharp fall in the euro could be a deciding factor as it should help growth by boosting exports and lift inflation by raising the price of imports. French Economy Minister Emmanuel Macron said the weakening euro is "very good news" for the country's industries, such as carmakers Renault, PSA Peugeot-Citroen and plane maker Airbus. "Until now, it was one of the weaknesses for our competitiveness," he told The Associated Press on the sidelines of a Peugeot-Citroen event Tuesday. "I do trust Mr. Draghi."