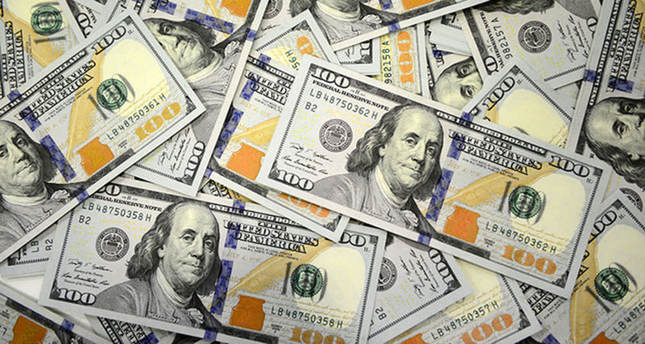 by Sep 30, 2014 12:00 am
Turkey's gross external debt stock increased slightly in the first half year to 401.7 billion USD from 388.2 billion USD in the fourth quarter of last year, the Turkish Treasury announced Tuesday.

Data showed that Turkey's private sector debt constituted 69.2 percent of the overall foreign debt, up from 68 percent at the end of last year.

The private sector's short-term foreign debt stood at $111.8 billion, $75.4 billion of which belongs to the banking sector, while the country's long-term debt totaled $166.1 billion, the Treasury said.

The international credit agency Fitch said banks were responsible for much of the debt.

"Most of the recent increase in Turkey's external debt has been driven by bank borrowing, which has increased almost threefold, to $164 billion, between the end of 2008 and the end of the first half this year, rising to 38 percent from 20 percent of the country's total external debt," the credit agency said on September 3.

The agency said that banks accounted for 71 percent of the increase in Turkey's foreign debt during the period.

"The rapid rise in banks' foreign liabilities, particularly at the short end, leaves them more vulnerable to an extreme stress involving an abrupt and prolonged market shutdown," the credit agency said.

The value of the dollar against the Turkish lira soared to its highest level in eight months on Monday, with the dollar equivalent to 2.2805 TL. The increase has been seen as endangering the Turkish economy, which is dependent on the dollar, as well as euro-pegged transactions and loans.