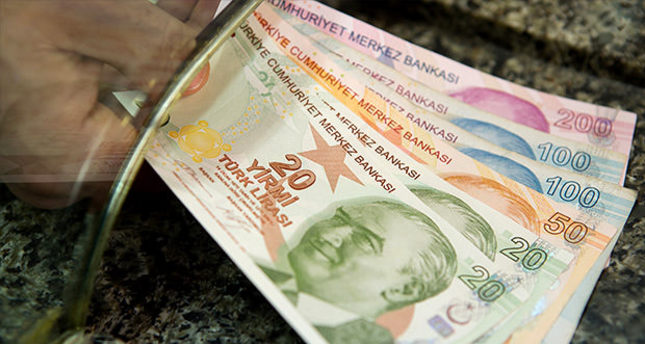 The inflation rate, which has been the focus of the country’s economic agenda for several months, marginally increased in September, according to the Turkish Statistical Institution’s Friday announcement

Turkey's consumer price index (CPI) increased by 0.14 percent in September 2014, significantly lower than forecasts had previously estimated, according to official data released on Friday. "A rise was realized in the consumer price index from the previous month, by 0.14 percent," said the report published by TurkStat on its website. Experts believe that a slight decrease in food prices, which has been the main driver behind high inflation in Turkey for the past several months, led the inflation rate to marginally go down, while the latest price hike in electricity and natural gas is expected to exert upward pressure on inflation in the short-term. Twenty-two economists, previously surveyed by Anadolu Agency (AA), had estimated the increase in the inflation rate for September as 0.48 percent.

Moreover, the annual inflation in September, which was predicted to be 9.23 percent in the same survey, was actually 8.86 percent according to the official report. The inflation figures have been closely observed by markets for months since the Turkish central bank vowed to maintain high interest rates until it noticed clear signs of recovery in the inflation outlook. Government officials have repeatedly complained that high interest rates were suppressing economic growth in the country.

Banu Kıvcı Tokalı, a research director at Halk Investment, said that the improvement in non-food inflation as well as the slowdown in food inflation contributed to the fall of annual inflation in September. She stated that the ongoing decrease in the currency impact and energy prices allowed for balancing upside risks in inflation.

Tokalı also stated that when the impact of electricity and natural gas hikes are taken into consideration, annual inflation may hit 9 or more percent once again in October, continuing, "We expect the year-end inflation to be around 9.2 percent. In the first half of 2015, when we will see the base effect advantage, a decline in annual inflation will gain a more permanent outlook. In this sense, the current outlook for energy prices may hold additional auxiliary elements. However, in order to achieve these positive effects, upward pressures need to be lessened." Odeabank economic research director İnanç Sözer remarked that with the limited improvement in food prices in September, monthly consumer inflation, which was expected to be 0.4 percent, fell short of expectations with 0.14 percent. When it comes to the annual basis however, consumer inflation in September dropped to 8.9, marking a six-month low after 9.5 percent was seen in August.

The increase in food prices was lower than the monthly expectations but on an annual basis they are still high at around 14 percent with inflation that exclude food prices around 7.9 percent on annual basis and was 7.1 percent, the lowest of the last eight months. "Due to the last energy price increases and high food prices, the inflation rate is expected to reach 9.3 percent by the end of 2014. But due to uncertainties about the timing of the improvement in food prices, the risks are downward. Therefore, the central bank will possibly increase its current inflation expectation of 7.6 percent which will be announced at the end of the month," said Sözer. He also added that in order to prevent any kind of negative expectations the inflation rates that were better than expected in September they are expecting the Central Bank to tighten the monetary policies with liquidity operations.