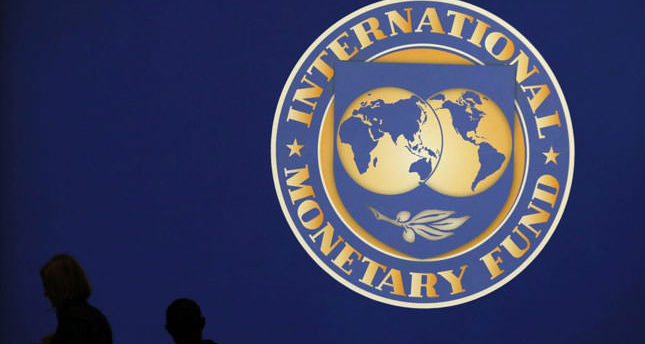 by Associated Press Oct 07, 2014 12:00 am
"World growth is mediocre and a bit worse than forecast in July," the report said. The International Monetary Fund slightly lowered its outlook for global economic growth this year and next, mostly because of weaker expansions in Japan, Latin America and Europe. The IMF said yesterday the global economy will grow 3.3 percent this year, one-tenth of a point below the forecast in July. World growth should then pick up to 3.8 percent in 2015, two-tenths of a point lower than its previous estimate, the IMF says in the latest installment of its World Economic Outlook. The global lending organization has a more optimistic view of the U.S. economy, which it expects will grow 2.2 percent this year, up from an earlier forecast of 1.7 percent. Its forecast for 3.1 percent growth in the U.S. next year was unchanged. However, the global lending organization warned that the U.S., Europe and Japan could face years of sluggish growth unless governments take steps to accelerate activity. It added that it has frequently cut its forecasts in the past several years, and said that was partly because of slower long-run growth in advanced economies.