Turkey's Economy Minister: inflation is the priority for medium term 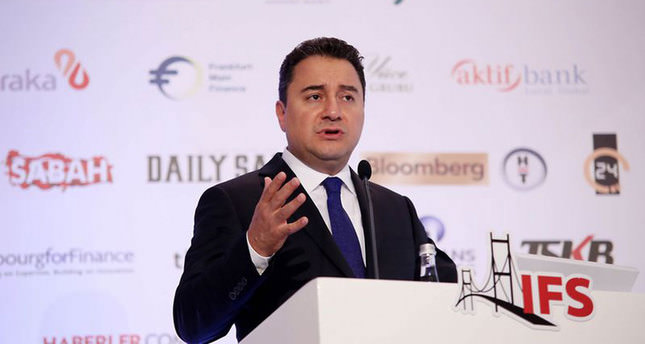 Deputy PM Babacan stated that the first priority of the MTP is inflation, second is current account deficit and third is structural reforms.

Tight fiscal policy will be pursued in order to reach our (Turkey's) goals, and structural reforms are important to increase our potential growth, Babacan said, announcing the GDP growth rate expectations for 2015 as 4 percent and 2016-17 for 5 percent.

GDP growth rate is expected as 3.3 percent for 2014, Babacan said, pointing out that this rate will be one of the highest in Europe, as well as a balanced one.

Macro policies were efficient in increasing savings and reducing consumer credit and credit card usage, and 15 percent domestic savings is expected for 2017 due to these precautions, Babacan said.

Overall 9.6 percent unemployment is estimated for 2014, and will decrease to 9.1 percent by 2017, Babacan stated. Women's participation in employment has increased, he added, while overall participation rate has also increased.