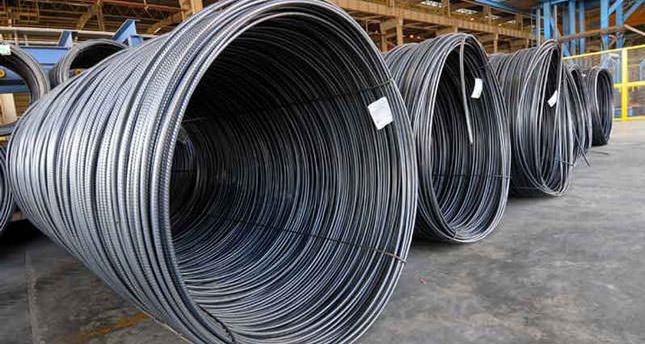 by Daily Sabah with AA Oct 11, 2014 12:00 am
According to data released by the Turkish Statistical Institute (TurkStat) on Friday, unadjusted industrial production figures increased by 12.5 percent in August, marking the highest growth rate in the last 21 months. Economists attribute this 12.5 percent growth to the fact that this year saw two more labor days than last year. This figure, however, drops to 5.2 percent when the impact of the labor days is excluded.

Economy experts say that the slowdown in the EU economies and the escalation of geopolitical problems has not caused a significant loss of momentum in industrial production. They emphasized that this does not have any meaning other than consolidating the possibility that the growth will not fall below 3 percent in 2014. According to the economists, when the close relationship between industrial production and national income data is taken into consideration, this outlook indicates that the slowdown in gross domestic product growth in the second quarter did not show continuity in the third quarter.

İnanç Sözer, director of economic research at Odeabank, noted that calendar-adjusted data regarding the industrial production in August was recorded as 5.2 percent, which came between the expectations of 4.9 percent and 5.4 percent. He also stated that despite the signs of deceleration in global economic activities, preliminary data shows that exports have maintained their moderate trend and domestic demand is gradually recovering. Sözer said that the economy will decelerate in the last quarter in the face of global conditions, and therefore they maintain their growth forecast of 3.1 percent for 2014, adding, "The benefits of the economic program that we call 'Transition to Sustainable Growth' will be more evident to the extent that the structural reforms of the Medium Term Program are put into practice. Thus, Turkey will have a more productive economy and, thanks to this, it will strengthen its macroeconomic stability. As long as the recent signs of slowdown in the global economy and the apparent decline in oil prices continue, Turkey will gain time to implement these structural reforms and will suppress risk premiums despite ongoing geopolitical risks."