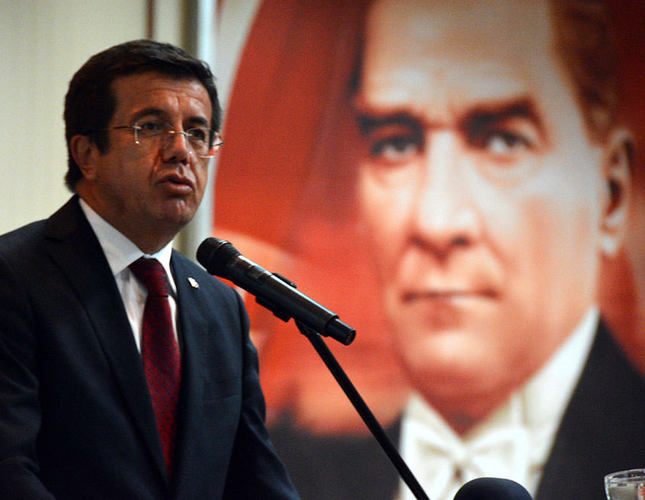 by Daily Sabah Oct 12, 2014 12:00 am
"Since the 2008 crisis, 28 countries of the EU have lost a total of 5 million jobs, while Turkey increased its employment by 6 million and made history" Turkey's Economy Minister Nihat Zeybekci said on Sunday in the Economy Summit held in the western city of Aydın.

Turkish economy should grow by 5 percent in order to reach its 2023 goals, said Minister Zeybekci.