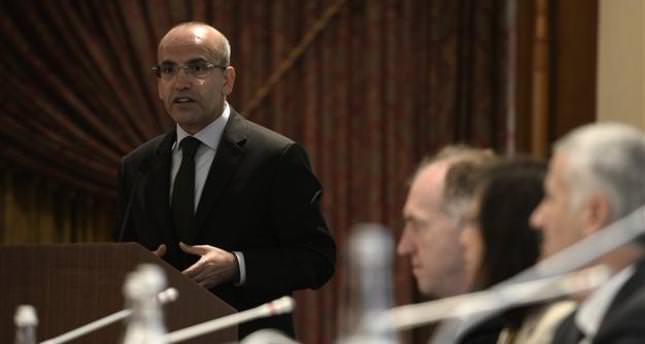 by AA Oct 16, 2014 12:00 am
Turkey's account deficit in August was $2.77 billion (TL 6.288 billion), according to the Central Bank of Turkey, a figure significantly better than what had been estimated. Turkey's current account deficit for the January-August period also dropped by $16.2 billion to $29.5 billion, according to the figures released by the bank on Wednesday. A group of leading economists surveyed by Anadolu Agency (AA) before the release of the official figures had estimated Turkey's current account deficit for August 2014 would reach $3.2 billion, approximately $4 million higher than official data. Speaking at a press conference held to evaluate the January-September period, Finance Minister Mehmet Şimşek said Turkey had succeeded to some extent in its fight against its current account deficit, which currently ranked second in terms of the government's most important economic challenges after inflation. Şimşek said, "In the long term, inflation should be reduced to below 5 percent. The main obstacles facing growth are inflation and the current account deficit. Fiscal and monetary tightening will be maintained in the coming period." Şimşek also emphasized that Turkey's economic performance - despite negative developments such as the slowing of the recovery in Europe and geopolitical tension - was a clear indication of the country's economic resilience.