Ziraat Bank gets approval for the first state-run Islamic bank 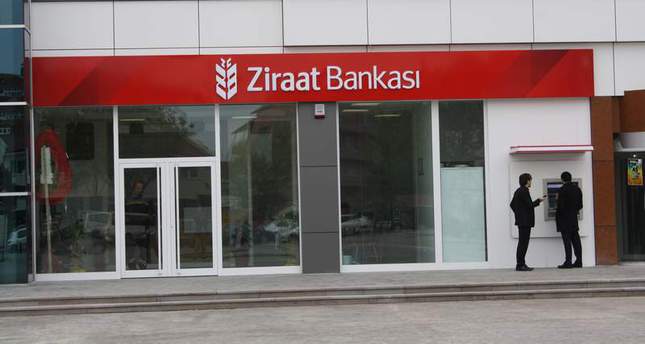 by Şeyma Eraz Oct 16, 2014 12:00 am
Ziraat Bank, one of Turkey's largest state-owned banks, has received approval to set up an Islamic bank, which will be the first state-run Islamic bank of Turkey, according to the official gazette published yesterday. The Banking Regulation and Supervision Agency issued a certificate giving permission to Ziraat Bank to establish an Islamic bank with $300 million (TL 677 million) of capital. Ziraat and its sister companies Ziraat Insurance, Ziraat Savings, Ziraat Investment and Ziraat Technology will be the shareholders of the new bank.

Deputy Prime Minister Ali Babacan, announced government plans to establish three state-owned Islamic banks as a subsidiary of the current state-run lenders by the end of 2015.

Speaking to Daily Sabah, the founder of 3 Goz Consultancy and Economist, Hikmet Baydar, said, "It is a project that we are already too late to realize. Considering the Turkish population, which is 99 percent Muslim, it is really surprising that Muslim businessmen's concerns on interest have been falling on deaf ears. Even countries with a small Muslim population have an Islamic banking systems to serve a wider product range in terms of financial instruments. HSBC uses murabahah, which is a financial instrument used in Islamic banking, a particular kind of sale in which buyer knows the cost of the product, for many years. Islamic financial instruments are of importance to offer a good product range in banking. Turkey has no governmental institution to create that opportunity. Conservative Turkish Businessmen had to assess their money in foreign banks for many years. People of this country have a government to take shelter behind during an economic crisis, but they cannot do the same to avoid interest. Ziraat Bank's investment on Islamic banking was a necessary step to be taken."