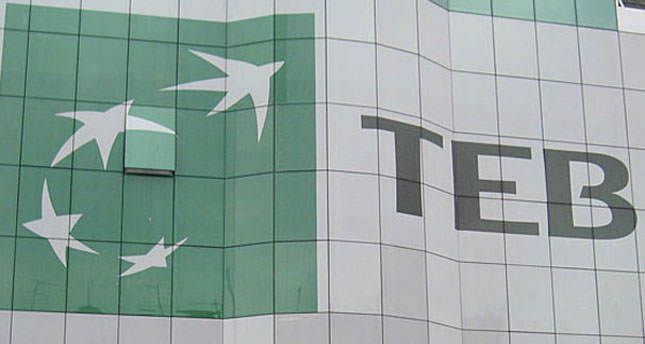 by Daily Sabah Oct 24, 2014 12:00 am
The Turkish Economy Bank (TEB) became the first Turkish bank to be accepted to the Clinton Global Initiative, established by former U.S. President Bill Clinton. Assistant General Manager of TEB Turgut Boz said that there were only 15 banks that are members of this prestigious initiative, and now Turkey has become the 16th bank. TEB, which has concentrated on entrepreneurial and small and medium-sized enterprise loans, is now providing business to companies it financially supports. Speaking to Turkish daily newspaper Sabah, Boz said that 58 percent of the loans they have granted - totaling TL 200 million ($89.2 million) in the last year and a half - are unsecured loans because the bank trusted the business plans of the loan seekers. A total of "130,000 new companies are being established in Turkey each year and about 99 percent of these are micro-scaled companies. Twenty percent of these shut down in two years and half of them get wound up in five years. These companies get shut down because they cannot grow. The growth phase should be thoroughly managed. said Boz.