Oil flow from Northern Iraq to rise to 400K barrels 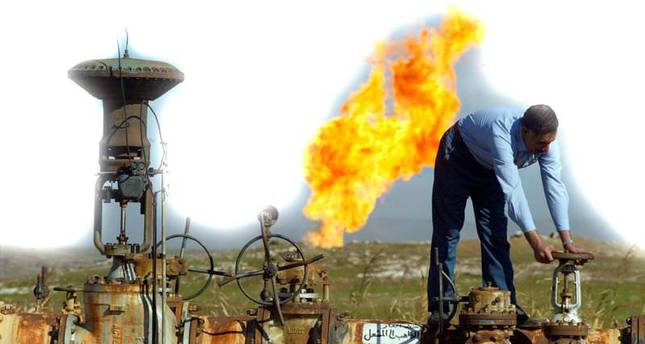 by Daily Sabah Oct 29, 2014 12:00 am
The 280,000 barrels of oil sent from Northern Iraq to Ceyhan will be increased to around 400,000 by the end of the year. According to statements from local authorities, until present, around 19.2 million barrels of oil have been exported - which was sent from Northern Iraq to Ceyhan. Tests have been applied to the pipeline to examine whether the daily flow can be increased to 300,000 barrels. The authorities in the sector note that renewal works are being carried out and that 40 inch pipelines will be used for the export of the oil and the total capacity of the pipeline will reach 700,000 barrels. "These works will be completed in two to three weeks and therefore, 400,000 barrels of crude oil can flow through this pipeline," say the authorities. Energy Minister Taner Yıldız had announced that 19.2 million barrels of oil are being transferred to international markets through 26 tankers. Yıldız also said that $700 million had been transferred to Halkbank which signals that the total volume of the trade is around $2 billion.