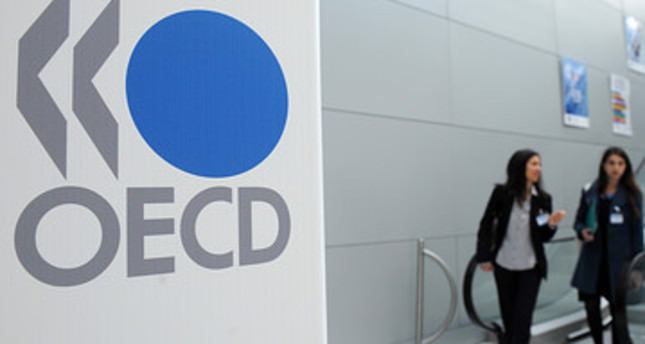 "Banking secrecy, in its old form, is obsolete," German Finance Minister Wolfgang Schaeuble said in an interview in Bild yestarday.Banking secrecy is "no longer appropriate at a time when people can transfer their money all over the world at the press of a button via the Internet," said Schaeuble, who is hosting the two-day meeting of the Global Forum on Transparency and Exchange of Information for Tax Purposes in the German capital.

The forum, established under the auspices of the Paris-based Organization for Economic Cooperation and Development (OECD) and the European Union, brings together representatives of more than 120 countries.

The finance ministers are scheduled to sign a Multilateral Competent Authority Agreement, which will designate which institution in each country is responsible for transferring tax data to other member states.

The OECD estimates that "vast amounts of money are kept offshore and go untaxed. Offshore tax evasion is a serious problem for jurisdictions all over the world." Economist Gabriel Zucman, a specialist in fiscal fraud, has calculated that around 5.8 trillion euros ($7.4 trillion) is stashed away in tax havens, depriving authorities all over the world of around 130 billion euros in revenue each year. In the past, tax havens and countries such as Switzerland have used banking secrecy laws to refuse to disclose information on offshore bank accounts held by foreigners to the corresponding national tax authorities. But an international movement to end banking secrecy has gathered momentum in recent years, particularly following the enactment in the United States of its 2010 Foreign Account Tax Compliance Act or FATCA.

FATCA obliges foreign banks to report to the U.S. Internal Revenue Service (IRS) on the offshore holdings of U.S. clients in excess of 50,000 euros.

The move prompted five European countries - Britain, France, Germany, Italy and Spain - to call for a generalized automatic exchange of information in 2011. And following months of talks, amid fierce resistance in countries such as Luxembourg and Austria, where banks continue to uphold banking secrecy, the EU finally came up with an accord two weeks ago. Under that deal, the 28 member states pledged to implement an automatic data exchange from 2017, with the exception of Austria, which for technical reasons, will not sign up until 2018. Worldwide efforts to combat tax evasion and do away with banking secrecy are bearing fruit.

Over the past two years, under voluntary disclosure programs, more than half a million taxpayers have voluntarily declared more than $37 billion in income and wealth hidden from their tax authorities, the OECD estimated. Another sign of progress is the willingness by Switzerland, formerly seen as the vanguard of banking secrecy, to get involved. Switzerland's ambassador for multilateral tax issues, Fabrice Filliez, said in a recent interview with a German newspaper that his country "will clearly support the implementation of an automatic exchange of information." And it expects to have a system up and running in 2018, he said.

That marks a radical reversal on the issue. In 2008, the then Swiss finance minister Hans Rudolf Merz vowed that banking secrecy would prevail and said its foreign opponents would have to "bite the bullet" and accept it. Paradoxically, the United States, which set the ball rolling with FATCA, does not want to sign on to the new OECD standard, which would require full reciprocity between countries, preferring to stick to its own law instead.

The exact number of countries that will sign up to the Multilateral Competent Authority Agreement is not yet clear. But "pressure is growing," said the German finance ministry. A number of traditional tax havens will be among the signatories and several more countries signed up at the last minute last week, he said.