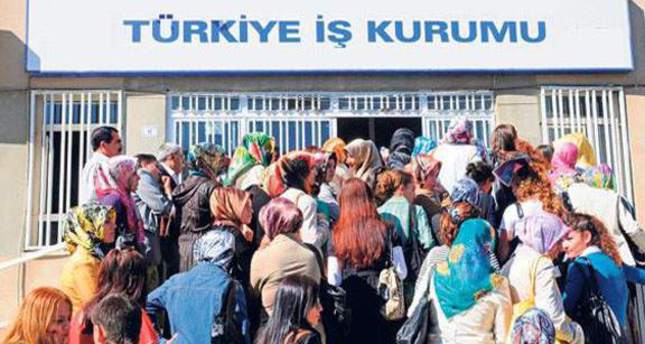 The seasonally adjusted unemployment rate was announced as 10.4 percent for August, above the euro area’s rate of 11.5 percent while Turkish government is seeking for an average of 9.6 percent by the end of the year

According the data released by the Statistics Bureau of Japan, the number of unemployed persons in September 2014 was 2.33 million, a decrease of 250,000, or 9.7 percent, from the previous year and the unemployment rate, seasonally adjusted, was 3.6 percent.

The chairman of the Independent Industrialists' and Businessmen's Association (MUSİAD), Nail Olpak expressed his views on the unemployment data announced yesterday. Speaking to Anadolu Agency Olpak stated that while their annual estimates for unemployment was around 8.7 percent; the figures for August were higher than their expectations. "Entering into double figures for unemployment becomes a psychological barrier, which is not good. However, the participation rate to work force ratio is also increasing and this as a result, relatively pushes the figures up," said Olpak.

Stating that double-figure unemployment rates have a negative effect on the perception of the work force, Olpak added; "While the average unemployment rate is around 12 to 13 percent in the European Union, 10 percent is not a bad figure under these circumstances. Some may ask 'Why isn't unemployment around 5 percent? Don't the citizens deserve better?' These may be valuable questions, but I don't think this is a bad picture since the workforce is expanding," said Olpak. According to the Medium-term Economic Program, which had been announced by Turkish Deputy Prime Minister Ali Babacan on Sept. 8, it was estimated that this year's average unemployment rate would be 9.6 percent and with gradual rises in the labor force participation rate taken into consideration, it is expected that unemployment will drop to 9.1 percent in 2017.