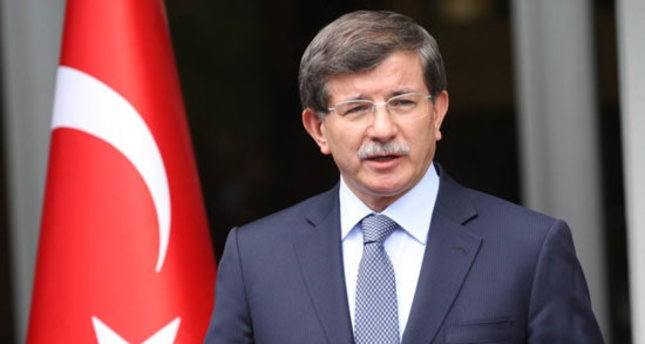 by daily sabah
Nov 26, 2014 12:00 am
Speaking at the Justice and Development Party's (AK Party) weekly parliamentary group meeting yesterday, Prime Minister Ahmet Davutoğlu said that the world's economy would expand as long as anti-inflationary policies are applied simultaneously with policies aimed at increasing demand. Referring to the divergence of opinion among G20 countries regarding macro-economic stability and the world economy, Davutoğlu said, "While some countries put forward their anti-inflationary policies, others presented the opinion that emphasized increasing demand in the world. As Turkey, we said that if these two are realized together, the world economy would expand. Unless demand increases in the world, world trade cannot develop. World trade, which improved by 8 percent previously, has developed by around 3 percent in the last few years. This creates pressure on us too, however, giving up anti-inflationary policies would lead to great troubles in internal balance that we cannot feel the development in the country." Davutoğlu also stated that they would maintain development based on foreign demand to support the real economy and macro-economic stability based on fiscal discipline, adding, "We adopt conscientious regional and global policies in all fields including economics and politics. In the upcoming period, we will adopt an approach that will eliminate inequalities in the world. As I said at the G20 meeting, if one-fifth of the world's population does not have access to electricity, if the electricity consumption of South Africa is almost equal to that of New York alone, it is not possible to bring equality to the world. It is time to turn the inequality pyramid upside down."