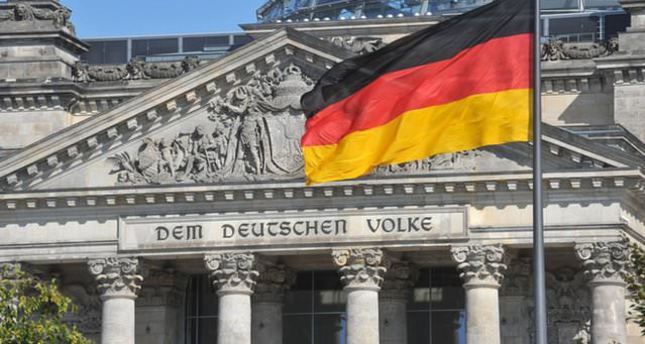 by French Press Agency - AFP
Nov 28, 2014 12:00 am
Inflation in Germany, Europe's biggest economy, slowed to its lowest level in nearly five years in November, data showed yesterday, turning up the heat on the European Central Bank to take more action to ward off deflation. In a preliminary flash estimate, the federal statistics office Destatis calculated that German inflation stood at just 0.6 percent year-on-year this month, down from 0.8 percent in October. The last time inflation in Germany was lower than 0.6 percent was in February 2010. The flash estimate is based on consumer price data for six key German states. Final data on the basis of all 16 German states are scheduled to be released on Dec. 11.

Using the Harmonised Index of Consumer Prices (HICP) - the yardstick used by the European Central Bank - inflation in Germany was even lower at 0.5 percent in November, way under the ECB's annual inflation target of just below 2.0 percent. The chronically low level of inflation across the 18-nation eurozone has fuelled concern the region could slip into deflation - a sustained and widespread drop in prices that hampers economic activity and threatens job losses. While falling prices may sound good for consumers, deflation can trigger a vicious spiral where businesses and households delay purchases, throttling demand and causing companies to lay off workers. Such concerns persuaded the ECB to cut interest rates to a new all-time low and roll out other anti-deflation measures such as a series of asset purchase programmes to inject cash into the economy.

The new data will turn up the pressure on the ECB to do more, possibly at its next monthly policy meeting on Dec. 5, analysts said. ING DiBa economist Carsten Brzeski said the German inflation data would prompt the ECB to downgrade its eurozone-wide inflation forecasts, heralding possible further action next year. "With lower inflation projections, one of the two lights needed to start quantitative easing could already be lit green next week," he said. Quantitative easing (QE) or is the purchase of sovereign bonds to stimulate the economy, a policy so far pursued by other central banks around the world, but which the ECB has so far shied away from.

In the clearest signal yet on the possible timing of such a programme, the ECB's deputy president Vitor Constancio said on Wednesday that the central bank would be able to gauge early next year whether it needs to start buying sovereign bonds. BayernLB economist Stefan Kipar felt that "while the pressure on the ECB to ease its monetary policy still further has abated somewhat on the economic side as a result of improved sentiment indicators, it remains high on the inflation side." The publication on Friday of eurozone inflation would be key here, Kipar said. Commerzbank economist Marco Wagner said that "owing to the low inflation pressure in Germany, eurozone consumer prices are likely to have increased by a mere 0.2 percent. We expect the ECB to start broad-based government bond purchases soon."