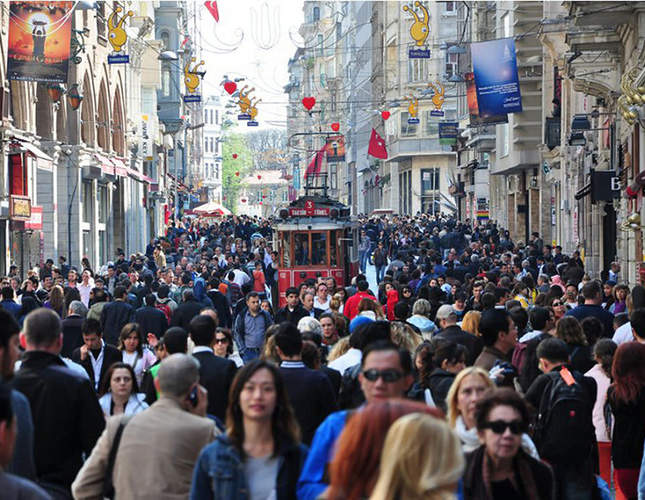 by Daily Sabah with AA
Nov 30, 2014 12:00 am
According to the report of the Turkish Retail Market, it is now almost impossible to find any available shops on İstiklal and Bağdat Avenues. Jones Lang LaSalle's (JLL) report stated that domestic and international retailers are actively implementing their growth targets in Turkey and this current trend is likely to continue in the near future.

The most striking point in the report was how valuable certain avenues have become in the retail market. The rents on İstiklal and Bağdat Avenues have increased by 6.67 percent compared to last year. The average primary rent per square meter is currently around 240 euros, which means that monthly rent of a 100 square meter shop is around 24,000 euros.

The Nişantaşı region, where the average rent is around 200 euros per square meter, continues to be the center of luxury brands. As one of the most favorite and preferred locations in Istanbul, the rents in Nişantaşı are expected to increase in 2015 as a result of the increase expected in retail demand.

Furthermore, the report states that along with İstiklal and Bağdat avenues, the upward trend in rents on Bahariye Avenue and Beşiktaş Çarşı is expected to continue in 2015 and rents are anticipated to remain at the same level on Alemdağ and Nispetiye Avenues.