Russia admits country will slip into recession in 2015 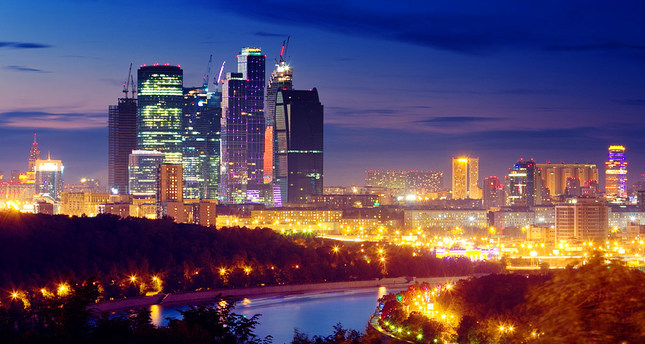 The Russian economic development minister announced a revision to the 2015 gross domestic product forecast from growth of 1.2 percent to a shrinkage of 0.8 percent, a result of the fall in oil prices

The Russian government on Tuesday admitted the country will fall into recession next year, following Western sanctions and a dip in oil prices. The country's Ministry of Economic Development altered Russia's 2015 gross domestic product forecast from a growth of 1.2 percent to a shrinkage of 0.8 percent. Russian households' disposable income is also expected to decline by 2.8 percent. Revenues from oil and gas are critical to the Russian economy because they provide approximately half the income of Russia's budget. But Russia is in double trouble. A fall in oil prices on the one hand, and Western sanctions regarding Russian support for separatists in Ukraine on the other, are taking a heavy toll. Following the ministry's announcement, the stock market dipped and the Russian ruble saw a record one-day drop not seen for 16 years. The currency stabilized, however, after the central bank intervened. Making matters worse, the ruble has already lost more than 40 percent of its value against the U.S. dollar since January, as Russia exports mostly energy which is priced in dollars. The result has been inflation spiraling up to 8 percent, and forecast to hit 9 percent before the end of the year.

"Western sanctions on Russia have not prevented its support for pro-Russian separatists to date, but they have damaged its economy," U.S. Secretary of State John Kerry said Tuesday.

"The ruble is at the lowest level in history, I believe, measured against the euro since its introduction in 1991 or so, and clearly the economy is feeling the impact of these sanctions."

NATO accuses Moscow of providing pro-Russian rebels in Eastern Ukraine with tanks, advanced air defense systems and other heavy weapons -allegations Russia denies. The alliance also said pro-Russian separatists had repeatedly violated a cease-fire agreement signed in September in the Belarusian capital of Minsk. Meanwhile, Russia's Economic Development Ministry has reduced its 2015 oil price forecast. Aleksey Vedev, Russia's Deputy Economic Development Minister told the Russian Itar-Tass news agency on Tuesday. "The expected average price of oil next year has been downgraded to $80 per barrel from $100." "The 2014 price should be lowered to $99 from the originally expected average of $104."

The global benchmark Brent crude oil price has fallen more than 40 percent since June, from $115 per barrel to a five-year low of $67.17 on Monday. Due to the unrest in Ukraine, Western powers imposed sanctions on Russia, preventing its energy industry from seeking financial resources from Western institutions. In addition, Russian energy companies are not allowed to import high-tech drilling equipment for energy exploration and production activities. The Russian Economic Development Ministry expects sanctions to last through 2015.