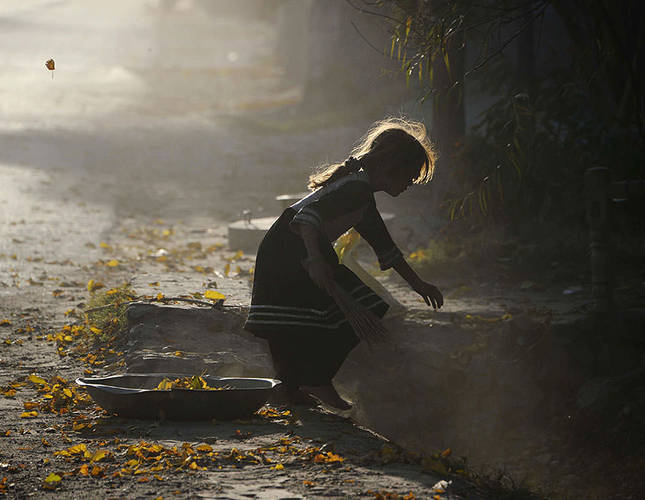 by Daily Sabah with AFP Dec 09, 2014 12:00 am
The gap between the rich and poor in a range of countries has reached its widest in 30 years and the trend has harmed growth, the OECD said Tuesday.

The Organization for Economic Cooperation and Development (OECD) said in a new report that most of its 34 member countries had seen a growing widening in the inequality gap.

"In most OECD countries, the gap between rich and poor is at its highest level since 30 years," the report said.

"Today, the richest 10 percent of the population in the OECD area earn 9.5 times the income of the poorest 10 percent; in the 1980s this ratio stood at 7:1 and has been rising continuously ever since."

The OECD counts both developed and developing countries as members, including nations from the European Union as well as the United States, Turkey, Mexico and Japan. China, Brazil and India are not members.

According to Gini coefficient parameters used by OECD for income inequality calculations, Mexico was placed at the first place for 2012, followed by Turkey and the U.S.

Norway was announced as the country with least income inequality, followed by Denmark and Czech Republic.

Turkey and Greece were named as countries that managed to decrease inequality between 1985 and 2012, although very slightly. For the same period, Israel, New Zealand, the U.S., Sweden and Finland were announced with the most increase on income inequality.

In the couple of decades leading up to the global economic crisis, average household income grew for all OECD countries by about 1.6 percent annually.

"However, in three quarters of OECD countries household incomes of the top 10 percent grew faster than those of the poorest 10 percent, resulting in widening income inequality," the report said.

During the recent post-crisis years, average household income stagnated or fell in most member countries, it said.

The gap between the rich and poor varies widely across OECD member states and is often narrower in many Continental European nations and the Nordic countries, according to the report.

The report argues that expanding income inequality has negatively affected the economies of member countries, estimating that it has knocked more than 10 percentage points off growth in Mexico and New Zealand.

"In the United States, the United Kingdom, Sweden, Finland and Norway, the growth rate would have been more than one fifth higher had income disparities not widened," it said.

At the same time, according to the OECD's calculations, greater equality helped boost GDP per capita in Spain, France and Ireland prior to the economic crisis.

The report called for anti-poverty programs along with increased access to high-quality education, training and healthcare.

"The paper also finds no evidence that redistributive policies, such as taxes and social benefits, harm economic growth, provided these policies are well designed, targeted and implemented," the OECD said in a statement announcing the report.