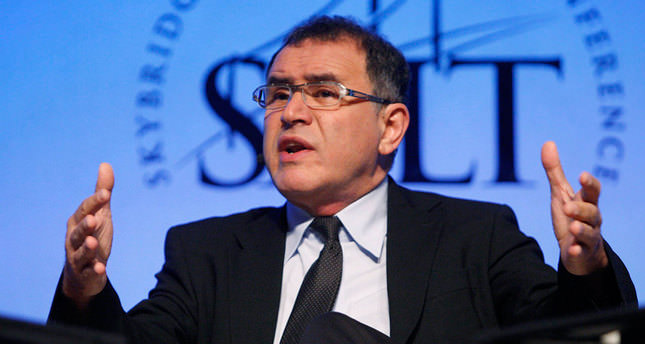 by Anadolu Agency Dec 10, 2014 12:00 am
Roubini Global, economic and financial analysis firm of the famous economist Nouriel Roubini, who is known as "Dr. Doom", released its expectations on 2015 on Wednesday.

According to Roubini Global, the U.S. will be the driving force behind the growth in 2015. The firm stated that it expects a rough slowdown in China.

Political risks are likely to increase in 2015, Roubini Global stated, and the Eurozone would experience a disappointing year.

Starting with oil, Roubini Global expects that there will be a surplus in supply for commodities. They also expect a year of low inflation in developed economies.