Turkey aims to become center for elderly care in the region 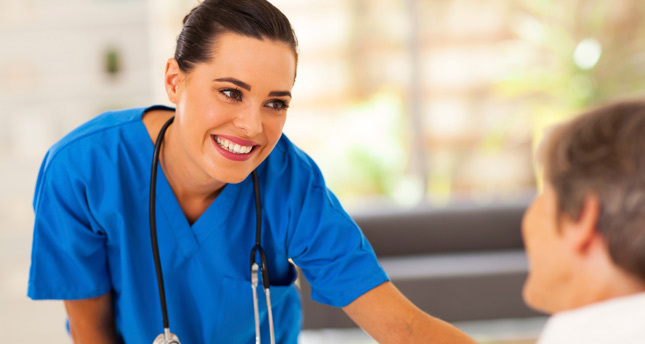 Progress in the health sector is now projected to increase health tourism, which is a main source for employment, and ministers say Turkey can provide lower-priced elderly healthcare services

Speaking at the Health Tourism and Brand Summit attended by Economy Minister Nihat Zeybekci and Health Minister Mehmet Müezzinoğlu, Zeybekci emphasized that health tourism should be deemed as one of the most important sectors of growth for the future and one of the main sources for employment. Zeybekci also underscored that, given the cost of geriatric healthcare, the elderly and those who are retired can place a heavy burden on families and society in many developed countries.

With the recent health measures that have been undertaken over the past 12 years, the average life expectancy in Turkey has increased, and Zeybekci said that it is best to be cautious about this fact. According to Zeybekci, the average cost of healthcare for a retired person in developed countries is around $6,855-$7,478 per year, and in order to provide healthcare services, at least two people need to be employed per person.

"One of the prerequisites of a good economy is a high employment rate. In Turkey, about 20 percent of the population has moved from the countryside to cities, and 10 percent of the Turkish population is expected to migrate from the countryside to cities over the next 10 to 15 years as well. Therefore, there is an abundance of employment [opportunities] that can be utilized to provide healthcare services to the elderly," Zeybekci said. He added that while there is no current legal basis or steps being taken in this respect, this matter is being discussed between related ministries, as Turkey can offer the same service to the world for $3,736 instead of $6,855-$7,478. "Furthermore, if we employ 2-2.5 workers per person in this sector, about 600,000 to 700,000 tourists out of the 40 million tourists visiting Turkey will stay in Turkey for 12 months. The Turkish economy may greatly benefit from establishing nursing homes and residential facilities for the elderly," Zeybekci said, and concluded his speech by emphasizing that health tourism will become one of the most important economic sectors in the global economy in the coming years.

Speaking on health tourism, Müezzinoğlu said he hopes Turkey will become one of the leading countries for health tourism by 2023. Noting that Turkey has made great progress, not only in terms of health services but also social assurance, Müezzinoğlu said a new vision has been adopted and many achievements have been accomplished in the health sector, such as the deployment of new emergency planes and helicopters.

Müezzinoğlu emphasized that in order to become a global brand in health tourism, services should be based on confidence. Currently, Turkey is capable of competing with the world market, but "how can we continue to be a strong health consumer? We cannot if we are going to remain only a consumer because with developments and innovation in health services, the cost of new technologies is increasing on a daily basis. That is why we have to become a producer of such technologies and a provider of such health services," Müezzinoğlu said.

According to Müezzinoğlu, the health industry, the pharmaceutical industry and medical technology industry are three main areas to focus on. "Hopefully, at the latest in January, we will be able to develop domestic vaccines and antigens for such vaccines along with the required technical and scientific know-how," he said.