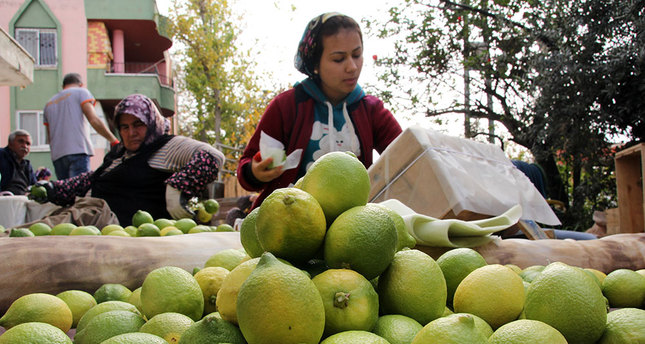 by Daily Sabah with Agencies Dec 18, 2014 12:00 am
Turkish exporters' hopes in Russian trade, which had developed following the US and EU sanctions against Russia, have started to fade away as the crisis of the Russian economy and the ruble deepens.

According to several articles published by Turkish media outlets, the losses of Turkish exporters have reached up to 40 percent since the beginning of 2014, as the ruble devaluated against the U.S. Dollar.

The statement said that with the expectation that the exports to Russia would rise, the prices in the domestic market had increased dramatically and the exporters had had to buy the goods from this price range. The supply of goods from other countries was also higher than predictions, and Turkish exporters had had to make discounts to sell their goods within the Russian market.

"When the loss in the ruble is taken into account, the claims of our exporters shrank by 60-70 percent and brought them into the brink of bankruptcy", the statement said.