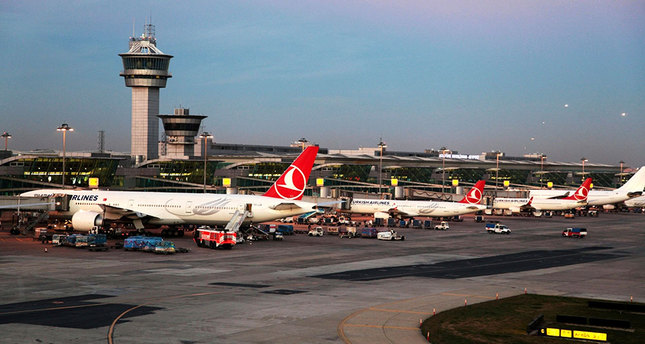 According to an article published by the sector's leading Engineering News Record magazine, TAV was revealed to have topped the list for the "Airport Construction" category.

The total worth of TAV's contracts has exceeded $16.2 billion so far.

TAV's CEO Sani Şener said that they are proud to represent Turkey through this leadership.

"From our architects to engineers, workers to executives; this success has been achieved by the efforts and teamwork of the 35,000 members of the TAV family, which also shows the level achieved by Turkish construction sector in the world" Şener said.

The company had earlier finished various terminal and airport projects in Turkey and abroad, such as Ankara, Izmir and Alanya in Turkey, Enfidha in Tunisia, Cairo in Egypt, Hamad in Qatar, Skopje and Ohrid in Macedonia, and Tbilisi and Batumi in Georgia.

TAV Construction is also building the 425 meter tall Marina-101 Hotel and Residences in Dubai, which will be the second tallest building of United Arab Emirates after Burj Khalifa.