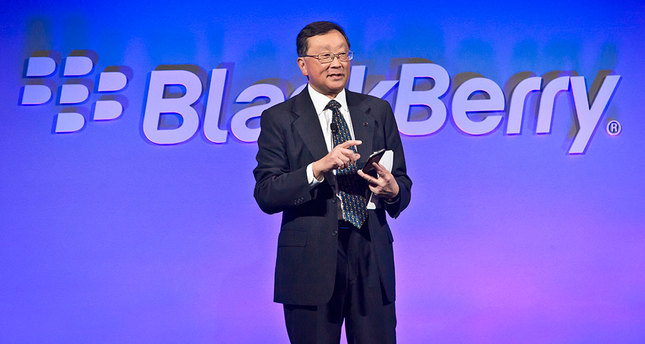 by reuters
Dec 22, 2014 12:00 am
BlackBerry Ltd. on Friday reported a bigger-than-expected drop in third-quarter revenue, sending shares of the struggling smartphone maker lower, even as it eked out a small adjusted profit and began generating cash flow again.

Revenue fell to $793 million from $1.19 billion a year earlier, falling short of analysts' expectations of $931.5 million. "It's a number that obviously, to us, is not satisfying," Chief Executive Officer John Chen said on a conference call, noting that the focus has been on margins and cash flow. "We achieved that, but now we're going to turn our attention to revenue."

Chen said hardware sales in the quarter were weaker than expected as production was limited and the company could only fulfill all device orders early in the fourth quarter.