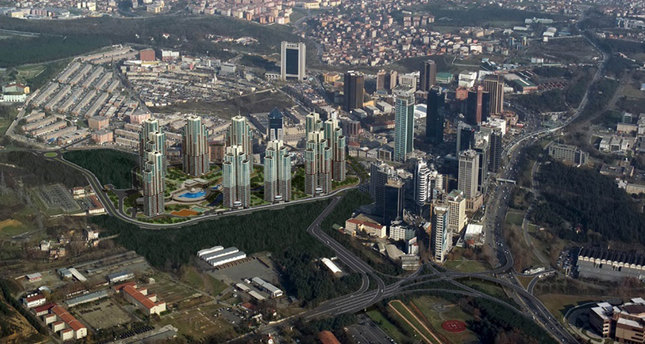 by AA Dec 22, 2014 12:00 am
Net foreign direct investment in Turkey increased sharply in the first ten months of the year, the Turkish Economy Ministry said on Monday.

FDI jumped 4.7 percent to $9.79 billion during the first ten months of the year, up from $9.35 billion invested in the same period last year.

The manufacturing sector, with nearly $1 billion more than 2013, benefited the most from foreign capital with $2.3 billion, and banks and related financial institutions followed with $1.33 billion. Turkey's electricity, gas and water sectors have seen a foreign direct investment worth over $1 billion in the first ten months.

Sixty-two percent of foreign investment, or almost $4.2 billion came from the European Union.

Turkey's total current account deficit during the 2014 January-October period narrowed by almost 40 percent year-on-year, according to the Central Bank of Turkey.

The total of amount of current account deficit in January – October period of 2014 dropped to $33.1 billion indicating a decrease of $19.3 billion compared with the same period the previous year.

FDI brings in foreign currency, and that reduces the current account deficit, and helps support the value of the Turkish lira against the basket of major currencies.