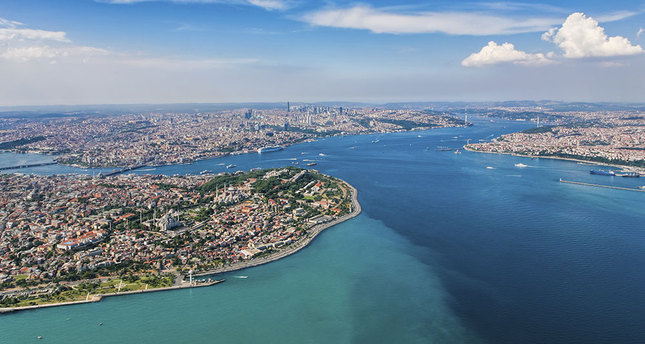 by Daily Sabah Dec 23, 2014 12:00 am
After the acceptance of the 2015 budget, all budget figures are drawing attention. This year, again the biggest budget was reserved for the Metropolitan Municipality of Istanbul with a consolidated budget of TL 31.9 billion ($13.8 billion), exceeding the budgets of 19 ministries. Istanbul's budget increased 34.6 percent compared to the previous year.

With the budgets of the Istanbul Water and Sewerage Administration (İSKİ) and Istanbul Electric Tramway and Tunnel Establishment (İETT), the total budget increased to TL 19.7 billion and, with the inclusion of the turnover of other administrations, Istanbul's budget increased to TL 31.9 billion. TL 7.9 billion has been reserved for investments, which are expected to reach around TL 12 billion within the consolidated budget.

Within the last 10 years, TL 32 billion of Istanbul's budget has been reserved for transportation and this year the figure is expected to be around TL 5 billion. While there is already a 141-kilometer rail system, construction work is ongoing for an additional 100-kilometers of line. After railway systems, the largest budget item is the environment. Next year 40 percent of the budget, or approximately TL 4.7 billion, will be used for environmental investments.