Fitch: Istanbul is the driving force of Turkey’s economy 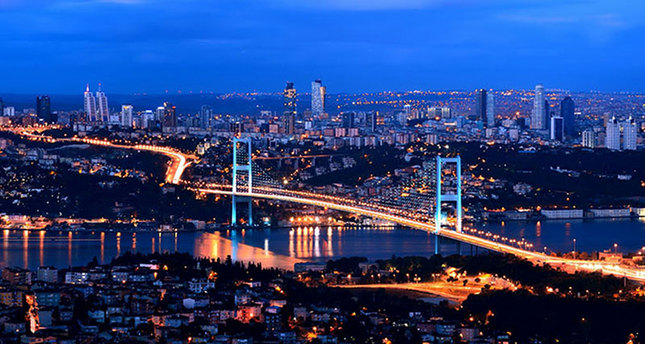 Fifty percent of Turkey's total imports and exports are carried out via Istanbul." Akyıldız said that Fitch evaluates institutions' capability to fulfill their financial obligations in due time, while assigning credit ratings for those institutions. She said that the assigned credit score measures an institution's likelihood of not paying the capital and interest of borrowed loans in full and on time.

"We have affirmed in this year's report that the Istanbul Metropolitan Municipality (İBB) had a strong financial performance this year. The İBB has a growing level of debt, but this is simply because of metropolitan obligations, or rather, because of investments in capital expenditures. We think that this debt is at a controllable level. That's why we do not see any problems with it," Akyıldız said.

This year, again, the biggest budget was reserved for the İBB with a consolidated budget of TL 31.9 billion ($13.8 billion), exceeding the budgets of 19 ministries. Istanbul's budget increased 34.6 percent compared to the previous year. Underscoring that Istanbul contributes greatly to Turkey's economy, Akyıldız continued, "In 2011, the share of Istanbul in Turkey's total gross value added was 27.2 percent.

Istanbul is the city with the highest rate in Turkey. "On Nov. 20, 2012, in terms of foreign and local currency, we upgraded the İBB's long-term credit rating from 'BB+' to 'BBB-,' which is an investible level. We affirmed its economic outlook as 'stable.' We have not made an amendment in the İBB's credit rating as we anticipate that it can fulfill its financial obligations in due time."

Akyıldız also said that Fitch Ratings has been grading the İBB since Oct. 13, 2000, and in this 14-year period Istanbul has become an investible city due to improvement in its financial performance, adding, "Since projects such as the third airport, third bridge and Kanal Istanbul are financed by the central government, they are not taken into consideration while assigning the city's credit rating."