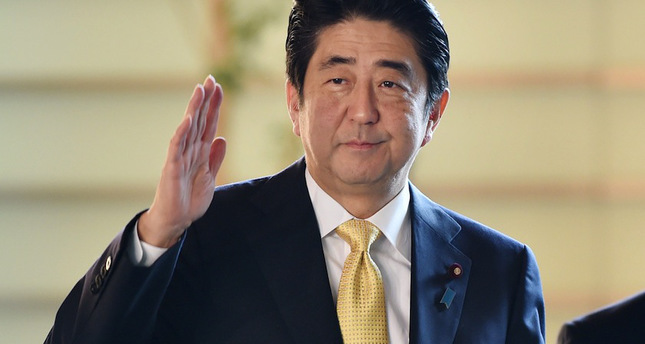 by Associated Press Dec 27, 2014 12:00 am
Japanese Prime Minister Shinzo Abe is planning about 3.5 trillion yen ($29 billion) in fresh stimulus, including subsidies and job-creating programs, to help pull the world's third-largest economy out of recession. Officials said Friday that details of the plan would be approved by the Cabinet on Saturday as it wraps wrap up work for 2014. The plan reportedly includes 420 billion yen ($3.5 billion) in help for stagnant regional economies.

Abe took office for a third term on Wednesday and faces strong pressure to do something to restore growth after a sales tax hike in April put Japan back in recession. Data released Friday showed inflation eased slightly in November as household spending dropped, hindering the government's effort to get the economy out of recession and back to sustainable growth. Core consumer prices, excluding food, rose 2.7 percent, while the inflation rate, excluding food and energy, was 2.1 percent. The inflation rate was 2.9 percent in October. Overall incomes fell 1.1 percent in November from a year earlier, while household spending was down 2.5 percent. Unemployment was flat at 3.5 percent. Abe's stimulus plan will focus on providing more support to lower income families and to Japan's regions where growth has stagnated, reports said Friday. Japan's central bank is buying up to 80 trillion yen ($660 billion) in assets each month, mostly government bonds, to help spur inflation, but so far has not attained its target of 2 percent price increases overall. Meanwhile, since wage increases have not kept pace with inflation, rising share prices and corporate profits have done little to stimulate consumer demand, apart from a rush of purchasing ahead of the April tax hike.