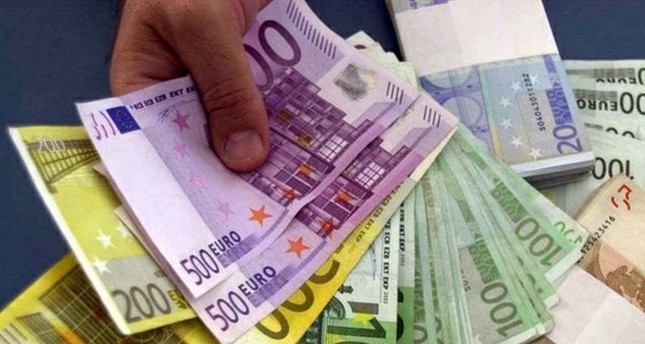 Lithuania hopes joining the eurozone on Jan. 1 will boost its security at a time of heightened anxiety over Russia, but many in the Baltic state fear the currency switch will also bring price hikes

The stroke of midnight will signal the end of a year marked by Russian intervention in Ukraine - the biggest threat to Baltic states since they broke free from the crumbling Soviet Union around a quarter century ago.

Fifty-three percent of the population of three million people backed ditching the litas currency for the euro while 39 percent were against it, according to a November survey released by the central bank. "Security concerns, I must admit, were among the reasons for the popular support for euro adoption," Finance Minister Rimantas Sadzius told Agence France-Presse.

He hailed the move as "the third most important step in Lithuania's quest to integrate itself into the Western European community," after joining the EU and NATO in 2004. But public support for the euro has wavered, dropping below 50 percent at times in the face of widespread concern over the fallout.

Unlike neighboring Poland, which has a free-floating currency, the Lithuanian litas has been pegged to the euro since 2002, making it dependent on the European Central Bank. "We've actually already had the euro for more than 12 years but it was called the litas," Sadzius said, adding that prices will go up by no more than 0.2 to 0.3 percent after the switch. Lithuania had hoped to adopt the euro in 2007 but failed to meet the inflation criteria. It suffered a deep recession in 2009 during the global financial crisis.

A painful austerity drive paved the way for the euro and made Lithuania one of the fastest growing economies in the EU, with output expanding by around three percent in recent years. Social security cuts and other slashed public spending, however, also encouraged record emigration to richer West European nations such as Britain.

Fellow Baltic states, Estonia and Latvia, joined the euro in 2011 and 2014, respectively. Lithuania lagged behind because politicians were reluctant to commit before the 2012 general elections. Now the government says the switch will provide additional stimulus to the economy - already in better shape than many others in the sluggish eurozone. But experts warn politicians may be tempted to repeat the mistakes of debt-laden Greece, fuelled by cheap borrowing and poor fiscal discipline.

"There is a risk that politicians may decide euro adoption was the final goal and relax budget policies," said Ramunas Vilpisauskas, director of the Institute of International Relations and Political Science in Vilnius.

Shops and businesses will display prices in both currencies until June. The two will circulate together as legal tender for two weeks, with the litas converted at a rate of 3.4528. Lithuania brought in 132 million individual banknotes - standard across the bloc - from the German Bundesbank but minted its own euro coins. They will feature the national coat of arms and a knight on horseback with sword and shield, which has graced its currency since the 14th century.

"The national currency has lost its importance as a symbol of statehood amid the spread of e-money and virtual currencies," Vidmantas Laurinavicius, head of the Money Museum in Vilnius, told AFP. The litas helped strengthen Lithuania's statehood when it won back its independence from Moscow in 1918 and 1990, but the currency's role has since diminished.

Lithuanians had sought to immortalize the litas in the Guinness Book of World Records in November by stacking 1 million coins into the largest coin pyramid ever. The country's bigger cities will project special videos on New Year's Eve to ring in the euro and bars will offer a non-alcoholic euro cocktail.