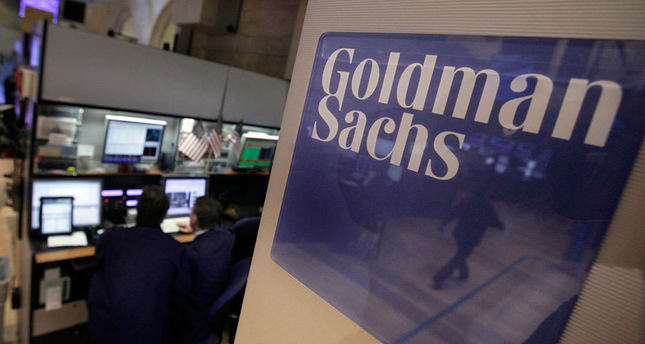 by Daily Sabah Jan 18, 2015 12:00 am
One of the largest investment banks in the world, Goldman Sachs Group is opening an office in Istanbul to mediate Turkey's asset sales which are expected to reach $22 billion as Finance Minister Mehmet Şimsek said in an October interview. Goldman Sachs will take some shares for providing consultancy service for privatization operations and brokerage service for sales.

Osman Uzun, a spokesman for the Turkish Banking Regulation and Supervision Agency (BDDK) said the permit that Goldman Sachs had received in September became effective in the beginning of 2015 to market its investment-banking services in Turkey. Joseph Stein, a spokesman for Goldman Sachs, confirmed the approval of BDDK without making any further comment on the issue. Having played an important role in Turkey's privatization operations and bond sales so far, Goldman Sachs was hired for the Eurobond sales of Akbank and Vakıf Bank.

Moreover, Japan's largest brokerage Nomura Holdings stated in March that it had received a license to open an office in Turkey to provide its services for Turkish clients.

Goldman Sachs is well-known for paying high salaries to its employees. For example, 121 senior bankers in London Office of Goldman Sachs received $4.7 billion bonus on average in 2014. Also, there are nearly 500 senior partners at Goldman Sachs and they receive around $600,000 annually in addition to their bonuses. CEO of Goldman Sachs Lloyd Blankfein is known as one of the smartest and highest-earning top executives in the world.