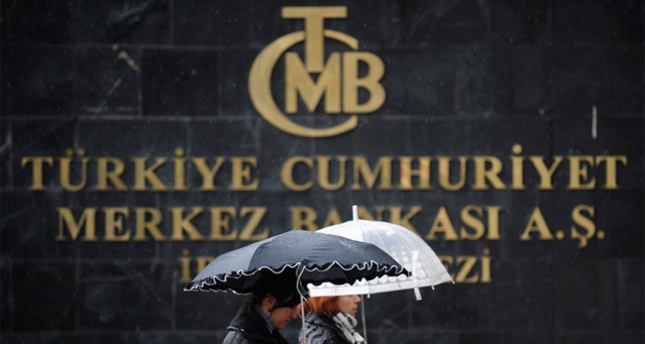 by Jan 20, 2015 12:00 am
Turkey's central bank on Tuesday cut its main interest rate for the first time in six months, after President Recep Tayyip Erdogan vowed to pressure the bank into relaxing monetary policy to boost growth.

The bank said in a statement after its latest monetary policy meeting that the one-week repurchase rate would be dropped to 7.75 percent from 8.25 percent.

The bank said in a statement that the "measured cut" was justified by an improving inflation outlook largely due to the fall in oil prices.

The marginal funding rate remained at 11.25 percent and the overnight borrowing rate at 7.50 percent.

The last cut made by the bank to the one-week repurchase rate was also a cut of 0.50 percent back on July 17. Market consensus had been split on whether the rate would be cut or unchanged.

The bank said that under the current monetary policy stance, it "anticipates that inflation will decline to levels close to the target by mid-2015."

Economists at Finansbank in Istanbul said that while the bank appeared to be flagging more rate cuts further down the line "we think the room for further rate cuts is rather limited."

Economy Minister Nihat Zeybekci said that the interest rate reduction was "not enough" and he was counting on the bank to make more cuts at future meetings.

The Turkish lira lost 0.66 percent in value to trade at 2.34 Turkish lira to the US dollar in late afternoon trade.