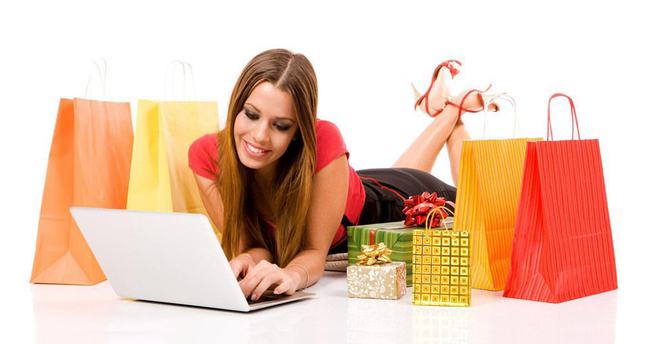 by Anadolu Agency Jan 21, 2015 12:00 am
Small and medium enterprises (SMEs) in Turkey have increased their online sales by 30 percent in 2014 compared to the previous year, while the number of visitors to e-commerce websites has also increased by 25 percent. Furthermore, more than 15 million products were offered for sale online, according to the 2014 SME E-Commerce Report, prepared by IdeaSoft, an e-commerce software company compiled from data collected from 45 sectors and 5,000 e-commerce companies. The report revealed that SMEs are now actively using e-commerce, a market with a volume of up to TL 6 billion.

IdeaSoft's report indicated that SMEs that have invested in, and are currently using, e-commerce as a method of trade have received about 1.5 million orders in 2014, and the total number of customers visiting e-commerce websites belonging to 5,000 SMEs has reached four million.

According to the analysis of the orders placed in 2014, an average order came to around TL 206, and while 78 percent of customers who purchased goods worth less than TL 100 preferred to pay in one installment, 55 percent of the customers purchasing goods worth more than TL 100 chose the option to pay the sale price in installments.

Since credit card payments can be made simply and easily, as well as there being many other payment options, SMEs can reach their customers and promote their products directly online. Customers prefer online shops that appear professional, are user friendly and intractable.

The General Manager of IdeaSoft, Seyhun Özkara, who noted that the company has been doing business in Turkey for the last ten years, and through Shopio brand, they have been exporting e-commerce software abroad, said that the e-commerce volume in Turkey has now reached TL 50 billion. "If we exclude tax payments and spending items such as flights, the e-retail sector's volume reached TL 6 billion. We will continue to strive to expand the e-commerce market in Turkey," said Özkara.