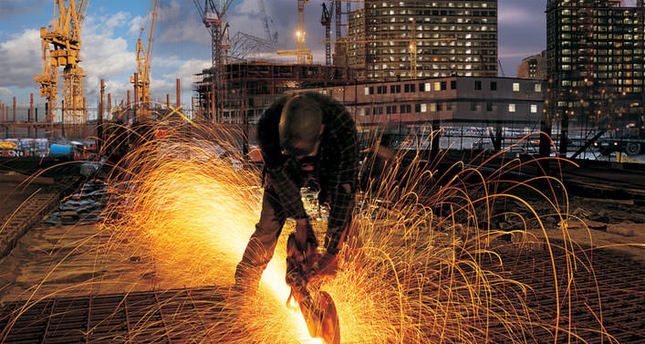 Getting a value increase share up to 100 percent from a model increase has had a shocking affect. If the draft passes into law as is, the sector may shrink by 1 percent, which could leave 170,000 people unemployed

The change in "construction law" that the government is planning will have a negative impact on the Turkish economy. If the 100 percent value increase share passes into law, contractors having land stock will invest less. Land supply will diminish and this will increase land prices which is an important raw material for the construction industry.

Putting a brake on the construction sector which accounts for 5.7 percent of Gross Domestic Product (GDP), 7.7 percent of Turkey's total employment and providing jobs for 2 million people, will affect economic growth and unemployment.

It will cause one percent shrinkage

Shrinkage in the construction sector, which employs 7.2 percent of the total employment in the country, will affect employment rates too. If the sector, which managed to increase employment even during the crisis period, shrinks 1 percent, 170,000 people will become jobless, and this will affect Turkey's unemployment rate, which is at approximately 10.4 percent already. The number of people employed in the construction sector is around 1.7 billion on annual average. For example, the number of those employed between January 2014 and September 2014 was more than 2 million.

The law draft aiming at construction increase will cause land prices to increase. According to the draft, if newly-bought land cannot be sold for five years, it will be exempt from rent tax, and this will prevent the land bought for investment from being sold in a short time. Land owners will likely choose to hold the land for five years in order to avoid paying the tax, which is around 80-100 percent.

250 sectors will be affected

As prices increase, sales will decrease

It is stated that getting value increase shares at high-rates can be reflected on the prices of residential houses. Economic rent tax will cause land prices to increase, and as a result of this, prices of residential houses will increase at least 10 percent, which arouses concern that house sales will decline. In 2013, 1.041 million houses were sold while the figure was 1.030 million for the period between January 2014 and November 2014.

On the other hand, Berat Albayrak, columnist for Sabah newspaper, stated that the new regulation will not harm the economy or the sector, a claim which the government should clarify with a more detailed explanation to avoid manipulation. CONTRIBUTED BY ŞEYMA ERAZ