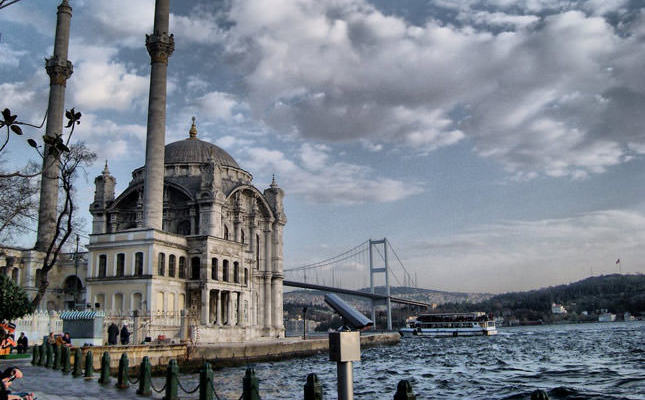 Cities in the developing world dominated the top of the annual economic rankings of 300 cities worldwide by the Brookings Institution and JPMorgan Chase. Istanbul, Ankara, İzmir and Bursa made the top 10

"If you look at world headlines, Turkey is not in the news for its economic success, but it probably should be," Brookings' Parilla says. "It has pretty solid macroeconomic policies." Turkey benefits from its location at the boundary between Europe and Asia and from heavy investment in roads and other infrastructure projects, which creates jobs over the short term and is likely to make the economy more efficient over the long term.

Macau, the Chinese territory known for casino gambling, outperformed the rest of the world's major cities economically last year, according to a report out yesterday. Cities in the developing world, especially China, dominated the top of the annual economic rankings of 300 cities worldwide. One exception: Bangkok, Thailand, came in last, its economy wrecked by political strife. Macau has enjoyed a tourism boom, with gamblers coming to bet at more than 30 casinos, including the Venetian Macau, the world's largest.

Cities in wealthy, developed countries tended to lag behind. Though most of the cities surveyed around the world have recovered from the Great Recession, 65 percent of European and 57 percent of North American cities have not, according to the study, which ranks cities by growth in employment and in economic output per person. Some highlights:

Joseph Parilla, a Brookings research analyst who co-wrote the report, said he was surprised by the "incredible differentiation within what are considered monolithic economic blocs." Latin American cities, for instance, mostly sputtered. But Medellin, Colombia, and Lima, Peru, both broke into the top 50. Cities in wealthy countries tended to perform poorly. But U.S. and British cities showed improvement. Three U.S. cities Austin and Houston, Texas, and Raleigh, North Carolina cracked the top 50. In the United Kingdom, London came in mumber 26, Manchester number 60.

The United States and Britain have begun to pick up economic momentum 5.5 years after the recession ended. "In developed economies like North America and Western Europe, cities like London and Houston are flying high, while others like Rotterdam and Montreal are struggling," Parilla said.

Twenty-seven of the 50 top-performing cities were Chinese. Increasingly, strong growth occurred in the traditionally underdeveloped cities of China's interior, rather than its booming coastal cities. Land-locked Changsha, for instance, enjoyed economic growth per person of 8.6 percent last year and wound up number 15 in the overall rankings.

The coastal manufacturing powerhouse of Dongguan, next door to Hong Kong, registered per-capita economic growth of just 5.2 percent (unimpressive by Chinese standards) and finished number 70. Companies have begun to move inland as the cost of labor and land rises on the Chinese coast. And the Chinese government has invested heavily on infrastructure in the interior.

The 18 cities worldwide that specialized in producing commodities such as oil registered the highest rates of growth in economic output per person (2.6 percent) and employment (1.9 percent). "The recent rise in oil and gas production in North America partly explains the success of metropolitan areas like Calgary, Denver, Houston, and Tulsa, which are epicenters of the region's shale revolution," the report said.

Next year's rankings may be different. Oil prices have plunged to less than $48 a barrel from $107 a barrel last June, jeopardizing the prospects of cities that had been riding the energy boom.